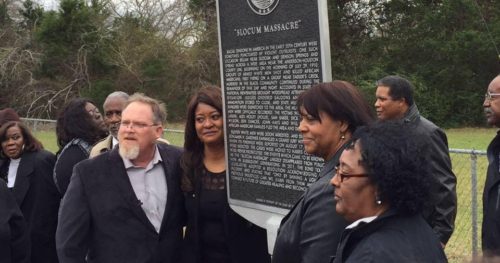 The Context of White Supremacy welcomes Mr. E.R. Bills. Mr. Bills is a White Man, an author and a proud native of Texas. He published a brief report on the 1910 slaughter of untold black residents of Slocum, Texas. He found no other information on this buried incident of White Terrorism and was ultimately approached to write a book on the topic. The 1910 Slocum Massacre: An Act Of Genocide in East Texas details how Whites fabricated an excuse to murder black citizens; Whites deceitfully alleged that blacks were arming themselves in preparation to attack innocent Whites. There was no evidence to support this claim at all – unarmed black murder Victims are common throughout the history of Systemic White Terrorism. Mr. Bills documents how easy it was to extinguish black lives at this time in Texas; black death was something to celebrate. We’ll also hear details about how 21st century Whites have no interest in accurately recounting this episode or even acknowledging that it happened. We were also honored with the presence of one the Slocum Massacre’s descendants, Ms. Constance Hollie Jawaid – black female.