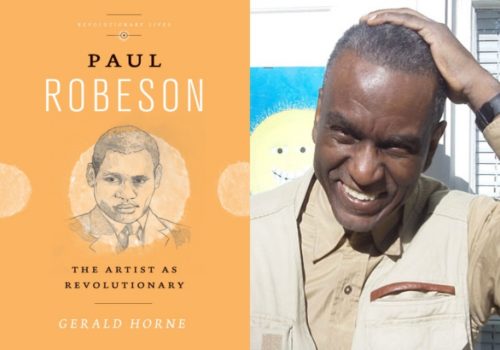 The Context of White Supremacy hosts our third study session on Dr. Gerald Horne’s biography, Paul Robeson: The Artist As Revolutionary. Dr. Horne holds the Moores Professorship of History and African American Studies at the University of Houston. He’s authored a bounty of texts and articles that detail what Racism/White Supremacy is and how it operates globally. His 2016 treatment of Robeson chronicles the latter’s illustrious achievements as a linguist, scholar, athlete and entertainer. Robeson used the his enormous bounty of talent to address the problem of Racism. Last week’s session detailed some of the marital problems between Paul and his wife Eslanda Robeson. He was substantially darker than she, and was treated better by Whites and other Victims of Racism. Some if their problems were financially related, and Robeson expressed strain about being hounded for taxes on his income. As Robeson’s acting career blossomed, he reported feeling more free (less Racist abuse) when he was outside the United States – especially when he played a theater roll that required “intimate” relations with a White actress. Robeson also discussed wanting to bring a performance of Denmark Vessey, a 19th century preacher who attempted a slave insurrection in South Carolina, to the stage.