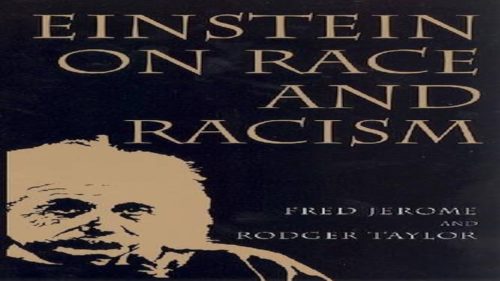 The Context of White Supremacy hosts the second study session on Fred Jerome and Rodger Taylor’s Einstein on Race and Racism. Jerome may be classified as White, while Taylor is a black male. Dr. Frances Cress Welsing recommended a number of books over the years #ReadingIsMoreImportantThanWatchingTelevision She placed special emphasis on this text. Dr. Welsing frequently mentioned Einstein’s failure to focus his all of his mental faculties on the primary problem on the planet, White Supremacy. This text, published in 2006 collects an array of Einstein’s writings on the Racism he observed here in the U.S. Having migrated to North America from Hitler’s Nazi Germany, Einstein contrasted the System of Racial Terror here to what was happening across the pond in Europe. During the debut session, we got lots of information on the Princeton University. When Einstein escaped Nazi Germany, he found sanctuary at the New Jersey institution. The authors detail the institutional history of White Supremacy at Princeton, where lots of southern Whites attended the school and brought their black slaves to campus with them. The book also details the illustrious list of U.S. senators and presidents who graduated from the school. Woodrow Wilson was commander of the school and the country at one time and staunchly defended White Supremacy in both positions.