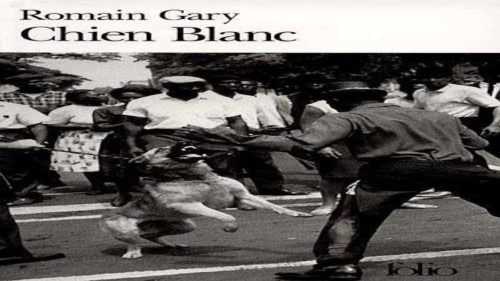 The Context of White Supremacy hosts the 6th study session on Romain Gary’s White Dog. A White man born in eastern Europe, Gary piloted jets in World War II and wrote a number of top selling french novels before committing suicide in 1980. We’ll continue to inspect his 1970 global top-seller, White Dog – which is allegedly based on actual events. The book centers on a white German shepherd Gary finds while visiting the United States. The vagrant canine is beloved by Gary’s entire family and treated as part of the clan. But Gary quickly notices the hound becomes hostile and immediately attacks when black people appear. During last week’s session, Gary laments that he’s walking out on “20 million negroes.” He says this throughout the book when he feels particularly annoyed with blacks “gaming whitey.” Apparently, Gary feels a bit like a sexual deviant old man, he remarks about being some 25 years older than his White wife, and later on admits to lusting after a black male’s very pregnant spouse. Gary’s sexual escapades are unbounded as he pauses the narrative to explain the popularity of “cuckold” sessions where White men and invite black males to have sex with their White wives. Many components of the book suggest that Gary may have engaged in this “wife-swapping” fad too. He talks about rumors that his wife had a child with a black male, and he offers heaps of contempt for the blacks who come to his house to work with his wife.