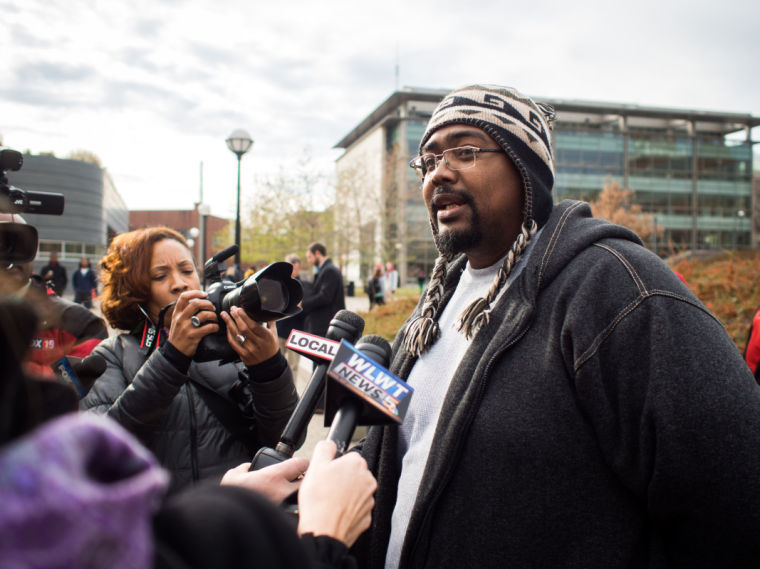 The Context of White Supremacy welcomes Samuel Burbanks. Mr. Burbanks is a doctoral candidate in the department of education at the University of Cincinnati. Mr. Burbanks has vehemently, consistently highlighted Racist conduct on campus (#BB@UC). He and other non-white students call attention to a crude 2013 cartoon that mocked two non-white faculty members. Former Arts and Sciences dean Dr. Ronald Jackson (black male) was one of those assailed in the caricature. He resigned in November 2013 after he “lost the confidence of early supporters and other faculty members through a leadership style that some called detached and secretive.” Mr. Burbanks cited Dr. Jackson’s resignation, the trifling animation and “embarrassingly low numbers” of black students as evidence of a hostile, Racist climate. His 2014 was christened with a anonymously mailed Racist assault on himself and black students and black Cincinnati residents at large.