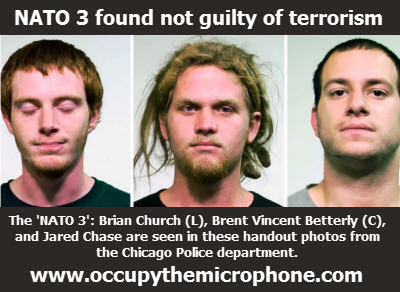 In September 2011, Occupy Wall Street exploded across America and police began making arrests nationwide. Three men involved in Occupy were recently found innocent of “terrorism” charges; one woman is just now going to trial two years after her arrest. Moral Monday protests in North Carolina kicked off with tens of thousands in the streets. Tune in today to Occupy The Microphone as they discuss this and more live at five.