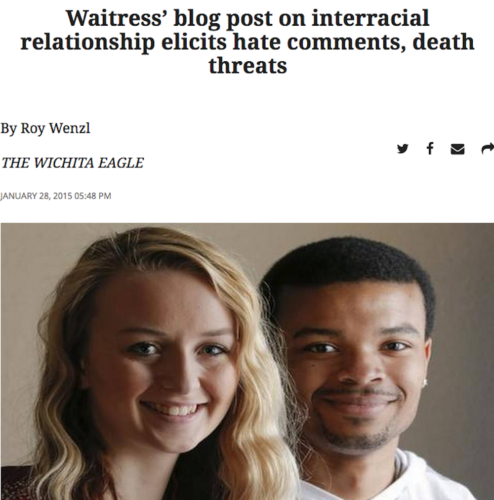 The Context of White Supremacy welcomes Ashlyn Sullivan. Sullivan is a White Woman, and a student at Butler Community College in Kansas. She launched a web frenzy with her blog post detailing how White men catcalled and harassed her as she worked. She eventually brandished a photograph of her black “boyfriend” – sexual partner. The White males called him a nigger and continued their abuse. Ashlyn Sullivan’s blog post incited more White Terrorism – Whites made death threats, branded her a nigger lover. She was featured on local television outlets and branded a hero, a modern Jane Brown. We’ll inquire about her understanding of Racism, being White. We’ll see how her family has responded to these incidents and if she’s ever been accused of practicing Racism.

4 Replies to “The C.O.W.S. “Interracial Relationships Are SADD:” Ashlyn Sullivan”