Gastonia, NC – Video montage from the vigil and walk for justice that was held on 10/4/2020 that was organized for the victims of a hit and run driver Katelyn Brooke Abernathy who killed Charles Love and Keytiada Cooke. Abernathy was only sentenced to 16 months even though she left her victims for dead and sped away from the scene of the crime. Doctors said they could have possibly saved the victims if emergency services had been called in time. 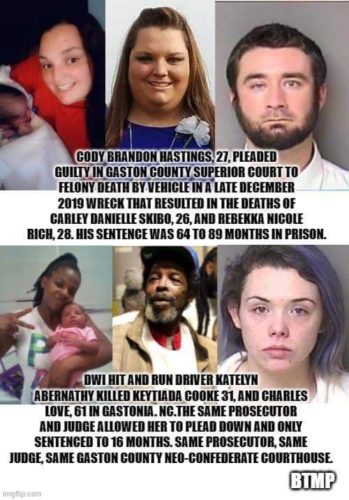