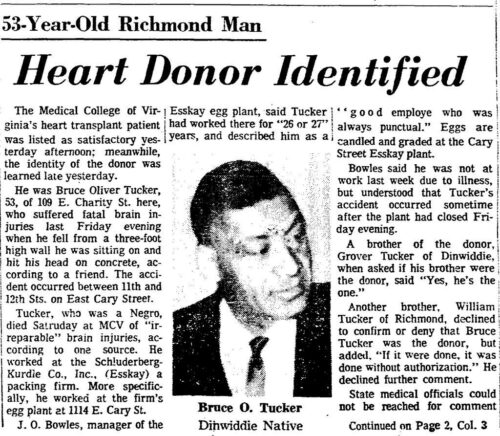 The Context of White Supremacy welcomes Charles “Chip” Jones. A Pulitzer-Prize-nominated journalist and author, Jones is a White man who’s worked and written about the Commonwealth of Virginia for a number of years. We’ll discuss his more recent text, The Organ Thieves: The Shocking Story of the First Heart Transplant. The book describes how a black male, Bruce Tucker, died under peculiar circumstances in 1968. As opposed to having his family notified, so that could comfort Mr. Tucker in his final moments, no one was contacted until Tucker was deceased and his heart stolen. The heart was later “found” inside a White man as the state bragged about the first successful heart transplant. We’ll place this in the context of the “coonman” Governor Ralph Northam, who graduated medical school in Virginia, and the current Covid-19 health crisis. Gus learned about The Organ Thieves from the great Harriet A. Washington. The author of Medical Apartheid, Carte Blanche and A Terrible Thing to Waste said that Jones’s book is important, but fails to provide important context.
#BlackMalePrivilege #MarvinHagler