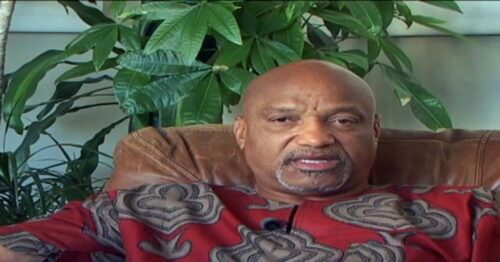 The Context of White Supremacy hosts the 13th study session on Jack Olsen’s Last Man Standing: The Tragedy and Triumph of Geronimo Pratt. Olsen is a White man, and a prolific author. He wrote for Sport Illustrated during the turbulent 1960’s, and penned a celebrated series examining black athletes and Racism. The magazine also credits Olsen with writing one of the best biographies on boxing icon and attempted counter-racist Muhammad Ali. Last week, Pratt’s defense team finally secured an evidentiary hearing. They were concerned that being assigned to Orange County would mean another quit defeat. But Judge Everett W. Dickey surprised them with his “fairness.” Stuart Hanlon and Pratt’s White defense counsel briefly considered whether it would be best to boot Cochran from the team. They deliberated whether Whites would seek vengeance for the O.J. Simpson trial and wondered if Cochran was too “slick” talking and flashy dressing for Pratt’s own good.