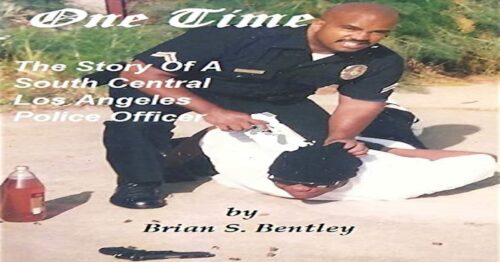 The Context of White Supremacy welcomes Brian S. Bentley. A former LAPD officer, Mr. Bentley worked as an enforcement officer during the turbulent 1990’s. He’s written books about his experience and done multitudes of interviews over the years. The C.O.W.S. Book Club began our study of 1990’s Los Angeles with the study of O.J. Simpson’s 1995 double murder trial. Perhaps the most important trial in the history of U.S. jurisprudence, led us to examine the wrongful conviction of Geronimo Pratt, who sat in a California prison for more than 25 years. Johnnie L. Cochran Jr. worked the defense for both Simpson and Pratt, and earned a heap of scorn from Whites around the world. During the midst of all of this, formed LAPD officer Brian S. Bentley protected and served the citizens of Los Angeles. We’ll discuss how the beating of Rodney King and the subsequent riots as well as the Mark Fuhrman tapes impacted police conduct and training. We’ll also discuss the explosive revelations that followed Simpson acquittal, including the killing of black LAPD offcer Kevin Gaines by White officer Frank Lyga. Bentley reports that he worked with Gaines and rejects the “official” position that Gaines was a gang-banging, rogue cop who should have been killed. Importantly, Gaines was murdered 9 days after the execution of entertainer Christopher Wallace (Notorious B.I.G.) and two months after the murder of Ennis Cosby. All in the same city.