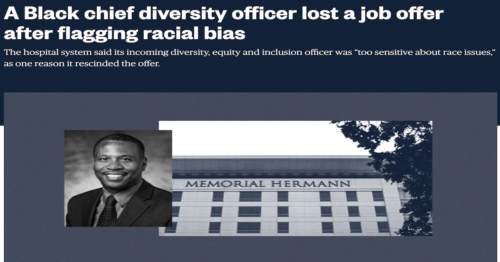 The Context of White Supremacy hosts the weekly forum on Neutralizing Workplace Racism. The workplace upheaval continues as the Biden administration instituted vaccine mandates and testing for companies employing more than 100 workers. These regulations take effect in the new year and will impact millions. The NFL’s Aaron Rodgers is under immense scrutiny after testing positive for Covid-19. Rodgers publicly professed to being “immunized,” but the league acknowledged that the reigning MVP is not vaccinated. Furthermore, Rodgers has flagrantly violated league policy for unvaccinated players for half of the current season. The NBA’s Phoenix suns and White owner Robert Sarver may be adhering to Covid-19 mandates, however, the team is accused of maintaining a toxic, racist work environment in Arizona. Gus regularly encourages non-white people to be mindful of Racism and safety issues in the workplace. Mr. Brent Mack, a black male and attempted father, was found dead buried beneath a septic tank. His White employer, Daniel Joseph Triplett, is facing chargers for murder. It’s suspected that the two had a disagreement while working together, and Triplett killed Mack and lied about his whereabouts.
#VaccineSurcharge
INVEST in The COWS –
http://paypal.me/TheCOWS
Cash App: https://cash.app/$TheCOWS
CALL IN NUMBER: 720.716.7300 CODE 564943#
Share This!
Comment Here