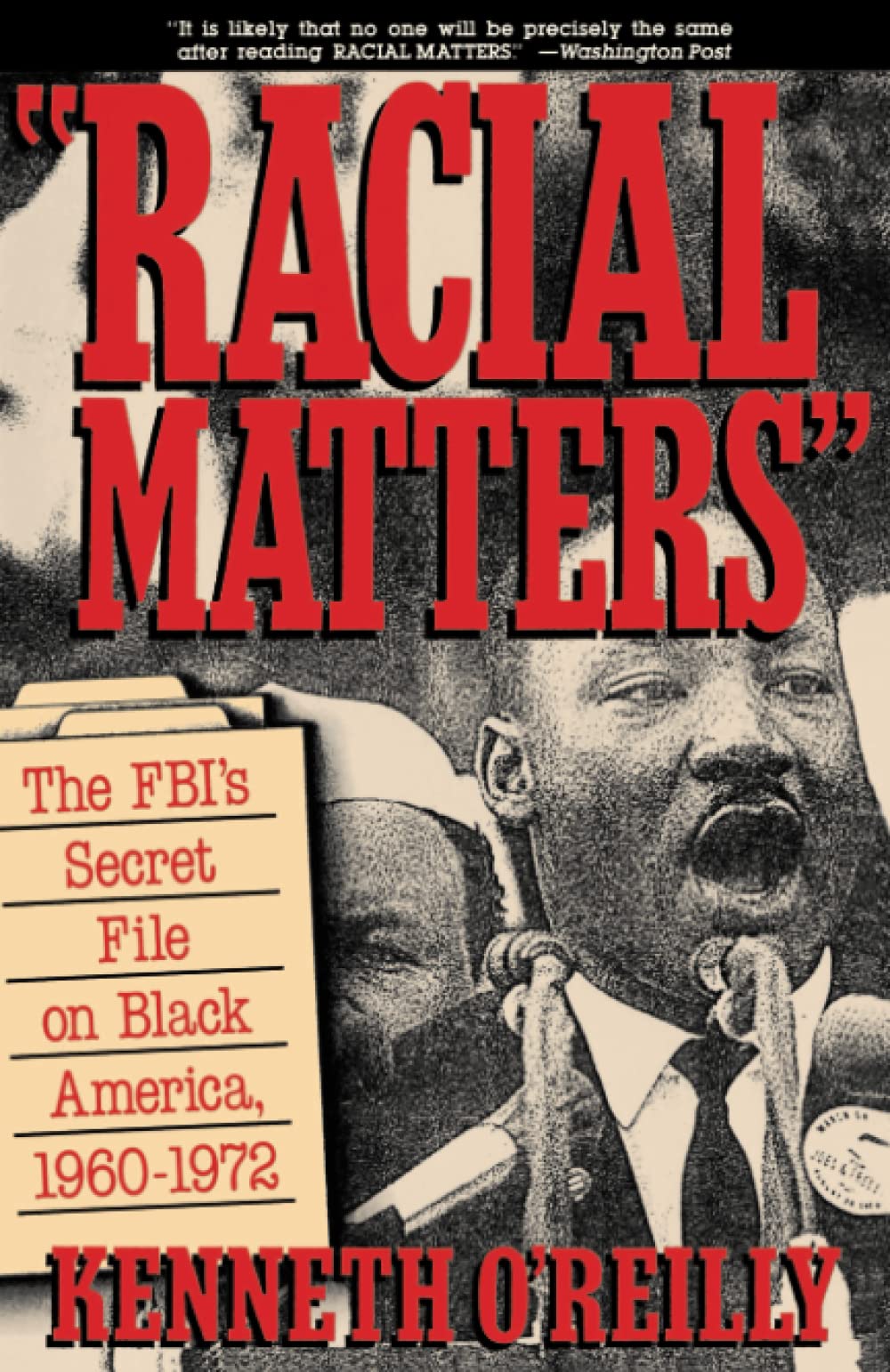 Dr. Kenneth O’Reilly returns to The Context of White Supremacy Radio Program. An emeritus professor of history at the University of Alaska Anchorage, Dr. O’Reilly specializes in U.S. politics, presidential history, and “race relations.” We’ve spoken with Dr. O’Reilly twice before about his books: Nixon’s Piano: Presidents and Racial Politics from Washington to Clinton; and Racial Matters: The FBI’s Secret File on Black America, 1960 to 1972. In 2009, The C.O.W.S. had only returned to the air for 2 months when Dr. O’Reilly first spoke with us about COINTELPRO – the FBI’s clandestine surveillance program to neutralize non-white people who attempted to counter-racism. The impetus to speak with Dr. O’Reilly at this moment was last week’s conversation with Florida State University’s Fannie Lou Hamer Professor of Rhetorical Studies, Dr. Davis W. Houck. This White Man wrote a history book on Mississippi’s 1964 Freedom Summer campaign and completely omitted COINTELPRO. J. Edgar Hoover, Stokley Carmichael, Ella Baker, John Lewis, and Bob Moses are just a few of the main characters in the book. Except FBI director Hoover, all of these people were COINTELPRO victims. To the contrary, Dr. O’Reilly’s book contains an entire chapter on Hoover and the Justice Department’s nefarious behavior during Freedom Summer. We’ll discuss the significance of this predictable negligence by White experts like Dr. Houck and why this should be understood as a deliberate act of White Supremacy. We’ll also get Dr. O’Reilly’s thoughts on the recent Netflix film, Judsas and the Black Messiah – which dramatizes the COINTELPRO assassinations of Chicago Black Panthers Fred Hampton and Mark Clark, as well as the recent acknowledgement that two black males, Muhammad A. Aziz and Khalil Islam, were wrongly convicted and jailed for decades for the murder of Minister Malcolm X.