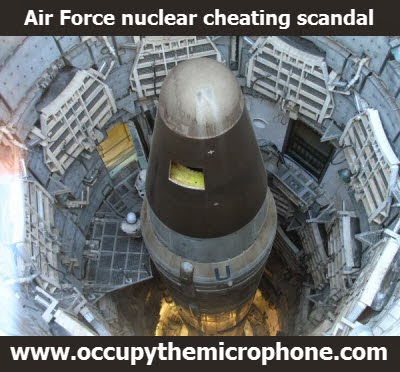 January 16, 2014 – 5:00PM EST
In 2013 there were at least four major scandals involving America’s nuclear weapons and how they are handled. We now start off 2014 with a new scandal involving 34 Air Force officers implicated in a cheating scheme involving exams for nuclear missile launches. Tune in as Occupy The Microphone discusses this and more today Live at Five! Sponsored in part by Yellow Mama Music