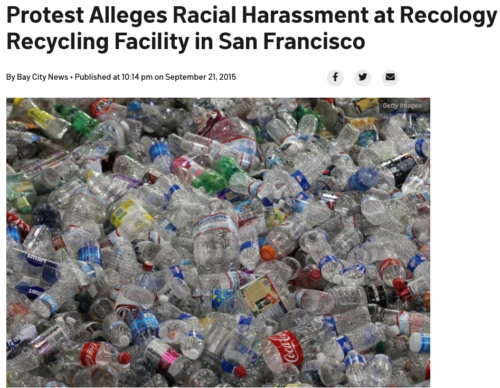 The Context of White Supremacy welcomes the return of Daryle Washington. Mr. Washington first visited our broadcast in July 2014. We discussed workplace Racism and his difficulties with Recology Corporation in San Francisco. We discussed Mr. Washington’s allegations of being subjected Racist torment and the hanging of nooses, as first reported by PNN TV and San Francisco Bay View. Gus has observed that Racists invest a great deal of energy studying non-white people in order to fortify their dominion. Shortly after last summer’s visit to The C.O.W.S., Kathy Jamison, Recology’s human resource manager for San Francisco, asked to speak with Mr. Washington. She wanted to know if his allegations of Racism were true. We’re excited to hear what has transpired over the last year.