Welcome to tonight’s broadcast of New Abolitionists Radio where we take a look at the news concerning what we call prison slavery made legal after the so-called abolition of slavery in 1865 in the United States. We will go over some news from around the country and share our profile in freedom from prison slavery as well as a past abolitionist in profile. Our guest tonight is Mr. Mark Clarke who goes by the hip-hop artist name of “Litty Gritty”. He was one of the victims of the controversial FBI raids on young Black men in NYC in a case that became known as the Bronx 120. He will be part of a welcome home concert with other artists this weekend at the Jalopy Theater in Red Hook, Bronx. Show notes… 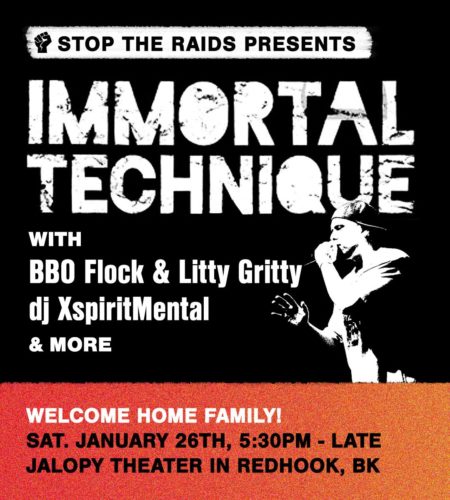 New Abolitionists Radio is an award-winning weekly radio broadcast and podcast that started in 2012 to bring awareness to legalized slavery and human trafficking in the United States. This issue is often inadequately referred to as “mass incarceration”. Legalized slavery through prisons, jails and detention facilities and the mistreatment of those incarcerated in them constitute severe Human Rights violations on a mass scale.

This program views criminal justice reforms in the context of the continuation of slavery. The program is a collaborative effort between the non-profit organizations Prison Streetz Talk Ministries and the Black Talk Media Project. It is hosted by Taison McCollum, Mother Khadija, Maxwell Melvins and Yohanan Eliya with contributions from the producer Scotty T. Reid. New Abolitionists Radio has broadcast Wednesdays at 8 PM EST on the Black Talk Radio digital radio station.