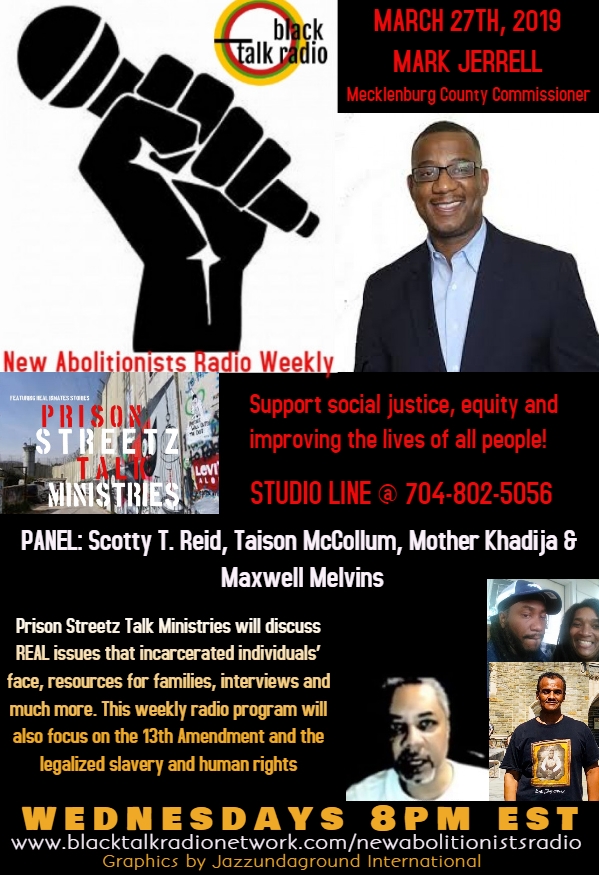 N.J. Senate Won’t Vote on Legalization Bill That Would Expunge Convictions for Possessing 5 Pounds of Weed

New Abolitionists Radio is an award-winning weekly radio broadcast and podcast that started in 2012 to bring awareness to legalized slavery and human trafficking in the United States preserved by the 13th Amendment of the US Constitution. This issue is often inadequately referred to as “mass incarceration”. Legalized slavery through prisons, jails and detention facilities and the mistreatment of those incarcerated in them constitute severe Human Rights violations per The Universal Declaration of Human Rights on a mass scale.

This continuation of a form of slavery is in violation of the prohibition of all forms of slavery as stated in the 1948 UN resolution 217 at the Palais de Chaillot in Paris, France. New Abolitionists Radio is a collaborative effort between the non-profit organizations Prison Streetz Talk Ministries and the Black Talk Media Project. It is hosted by Taison McCollum, Mother Khadija, Maxwell Melvins with contributions from the producer Scotty T. Reid. New Abolitionists Radio broadcast Wednesdays at 8 PM EST on the Black Talk Radio Network digital radio station.