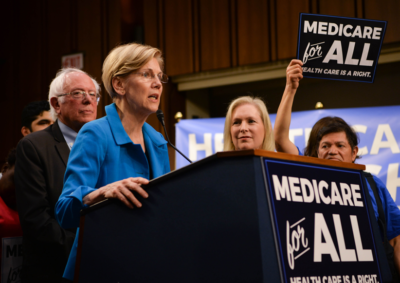 Senator Bernie Sanders and Senator Elizabeth Warren are front runners in the political race for the DNC presidential nomination. The DNC nomination which in 2016 was awarded to Hillary Clinton, is a must if one wants a realistic shot at actually becoming POTUS. The only other slot belongs to Donald Trump likely will not be challenged for the nomination by any Republican in the run-up to the 2020 election.

Both Sanders and Warren released what they called plans to address criminal justice. The framing depends on who is discussing a pretty broad spectrum of issues that arise from the nationwide practice of prison slavery.

Tonight we are going to examine both of the Senator’s proposals for comparative analysis. We are only focusing on Sanders and Warren because thus far, they have the most progressive platforms that poll after poll shows the majority of potential voters want.

Listeners may be surprised just how much of Sanders proposals bundle in what his campaign calls “Justice And Safety For All”, incorporates many of the human rights and constitutional rights demands that prisoners and their families have fought for since the ratification of the 13th Amendment which allowed states and the federal government to create a captive prison slave population by creating and targeting Black people with Black Codes.