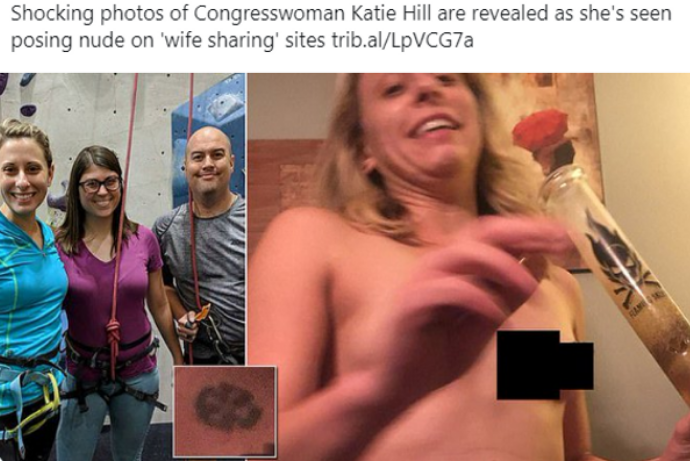 BTR News – A sitting US Congress member has been revealed to be a super freak through photos posted to wife swapping platforms. Some liberals are attempting to suppress the newsworthy story by claiming nudity isn’t newsworthy. Not only was Katie Hill nude in the photos, but it also appears she has a Nazi tattoo inked on her stomach which is visible while she takes a hit from a bong. The most troubling aspect is the inappropriate relationship she and her husband are in with a young woman who is a member of Hill’s congressional staff.