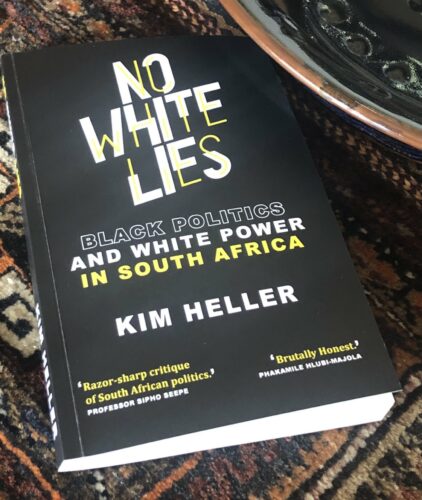 The Context of White Supremacy welcomes Kim Heller live from South Africa. A self-described “settler,” author, and White Woman, Heller is listed as a media and political strategist and advocate for economic liberation. At the close of 2020, she published No White Lies: Black Politics and White Power in South Africa. The book ostensibly offers an unflinching indictment of White Supremacy in South Africa. Specifically, Heller addresses the failures of the country since the end of so-called apartheid in 1994. Even though the country is supposed to be a beacon of rainbow democracy, the White numerical minority continues to hold majority power over the mostly black population. We’ll investigate what motivates Heller to do this work, and how Covid-19 has impacted South Africa over the past year. It seems access to vaccines may be be an issue of Medical Apartheid throughout the world.

INVEST in The COWS – paypal.me/TheCOWS The C.O.W.S. Cash App: http://Cash.App/$TheCOWS The C.O.W.S. Radio Program is specifically engineered for black & non-white listeners – Victims of White Supremacy. The purpose of this program is to provide Victims of White Supremacy with constructive information and suggestions on how to counter Racist Woman & Racist Man. TUNE IN!
Phone: 1-720-716-7300 – Access Code 564943# Hit star *6 & 1 to enter caller cue
Share This!
Comment Here