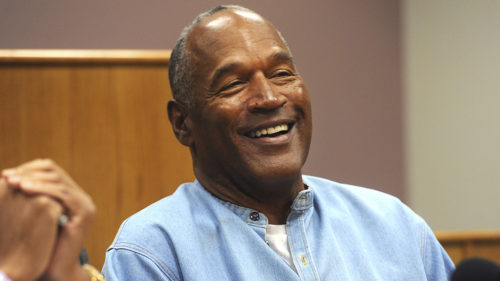 The Context of White Supremacy hosts the 13th study session on Jeffrey Toobin’s The Run of His Life: The People v. O.J. Simpson. This 1996 New York Times bestseller enjoyed 2 different waves of success. It was critically acclaimed during the initial mid-90’s publication and enjoyed a second boon following the award-winning and widely adored 2016 FX miniseries – which is based on Toobin’s work. Toobin also pops up in the ESPN documentary: Made In America – which is intense White Supremacy propaganda. Toobin compiled more than a quarter century of journalism, spawned from his coverage of the Simpson trial. He wrote beloved books on the Supreme Court and authored a scathing indictment of President Donald J. Trump. Things were triumphant until the year of the rona. While participating in a live Zoom conference with prominent White journalists, Toobin brandished his penis and began masturbating. He was initially suspended by the New Yorker. After an investigation, Toobin was terminated. We’ll keep this in mind while reading his account of the most well documented, most watched court trial of all time. Last week’s installment detailed the dramatic moment when the prosecution requested that O.J. Simpson try on the bloody gloves. Importantly, on the very same day as the glove demonstration, “right-wing,” White Supremacist militia groups testified before the Senate Judiciary subcommittee on terrorism. Their rowdy commentary was related to the Oklahoma City Bombing – which happened weeks after Mark Fuhrman’s first testimony. Toobin continued his degrading, veiled insults of black people, labeling Mr. Simpson’s mother, daughter and sister as “exhibits.” He also stuck to his routine deception, saying dismissed White juror Francine Florio-Bunten would have definitely convicted O.J. The Washington Post and other outlets quote her as saying the prosecution’s case was “too circumstantial.”