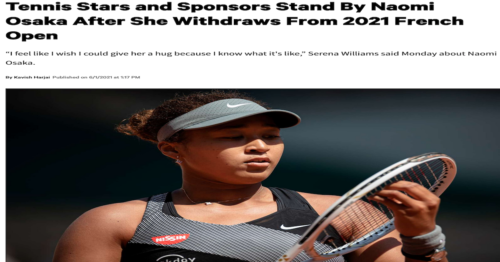 The Context of White Supremacy hosts the weekly summit on Neutralizing Workplace Racism. While professional athletes don’t have a work environment similar to most other Victims of Racism, they’re definitely not immune from White savagery. Japanese tennis sensation Naomi Osaka excused herself from the Women’s French Open after declining media interviews during the tournament. White tennis officials threatened to administer punitive actions against Osaka if she remained mum. Across the globe, the NBA playoffs are in full swing, and uncouth White spectators have been a major problem. From Boston to Philadelphia, fans have thrown objects and screamed Racist obscenities at black players. Thankfully, all of the players have maintained their composure and or been immediately restrained. From Olympic gold medalists to couch potatoes, many non-white people labor in work environments where White Supremacists live to provoke us.