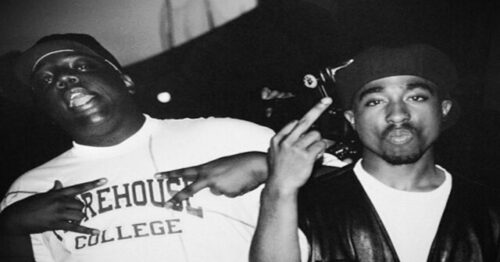 The Context of White Supremacy hosts the debut study session on Randall Sullivan’s LAbyrinth : A Detective Investigates the Murders of Tupac Shakur and Notorious B. I. G. , the Implications of Death Row Records’ Suge Knight, and the Origins of the Los Angeles Police Scandal. Sullivan is an actor, journalist, producer, screenwriter, and author who’s hosted a television program on Oprah Winfrey’s network and written reports for The Washington Post and Rolling Stone. Way back when The C.O.W.S. was in middle of reading Jeffrey Toobin’s The Run of His Life, Gus said that a master class on the Simpson trial would examine that case in context with the beating of Rodney King and the subsequent trial and rioting, the LAPD Rampart scandal, and the assassinations of Tupac Shakur and The Notorious B.I.G. The book club just concluded Geronimo Pratt’s biography, which examines how the very same LAPD and Los Angeles district attorney’s office conspired to keep an innocent black male caged for 25 years – where he could have easily been killed. Importantly, the former Black Panther and COINTELPRO victim Pratt was Shakur’s godparent. We’ll now read Sullivan’s account of how the LAPD may have been complicit in the unsolved murders of 2Pac and Biggie Smalls.

#StillLearning #COINTELPRO
INVEST in The COWS – paypal.me/TheCOWS
The C.O.W.S. Cash App: http://Cash.App/$TheCOWS
The C.O.W.S. Radio Program is specifically engineered for black & non-white listeners – Victims of White Supremacy. The purpose of this program is to provide Victims of White Supremacy with constructive information and suggestions on how to counter Racist Woman & Racist Man.
TUNE IN!
Phone: 1-720-716-7300 – Access Code 564943# Hit star *6 & 1 to enter caller cue
Share This!
Comment Here