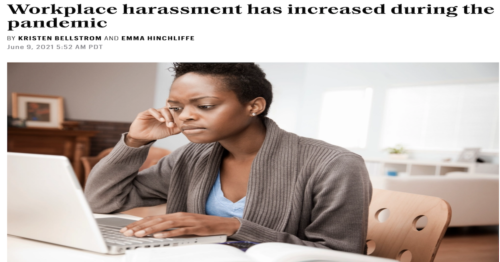 The Context of White Supremacy hosts the weekly summit on Neutralizing Workplace Racism. We’re days removed from the White Terrorist shooting in San Jose. Samuel Cassidy, the alleged killer, is reported to have worked for the VTA for nearly 10 years. This week, it was revealed that Cassidy has a documented history of insubordination and conflict. How many black workers – especially black males – are allowed to remain employed while building a reputation as troublesome and non-compliant? Coincidentally, numerous reports indicate that even with the sizable number of folks who’ve worked from home over the past 17 months, there’s still been a rise in the workplace harassment. Keeping one’s composure and documentation are greats tools to counter unprofessional workplace abuse.
#WorkplaceHarassment