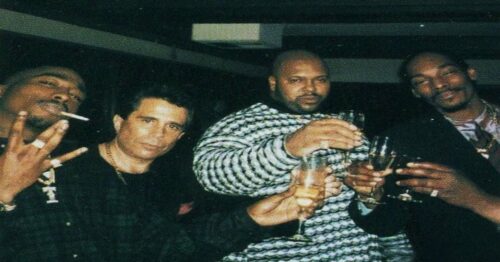 The Context of White Supremacy hosts the 6th study session on Randall Sullivan’s LAbyrinth : A Detective Investigates the Murders of Tupac Shakur and Notorious B. I. G., the Implications of Death Row Records’ Suge Knight, and the Origins of the Los Angeles Police Scandal. Sullivan is an actor, journalist, producer, screenwriter, and author who’s hosted a television program on Oprah Winfrey’s network and written reports for The Washington Post and Rolling Stone. And, he’s a White man. LAbyrinth is his construction of White male LAPD officer Russell Poole’s investigations into the murders of officer Kevin Gaines (black male) and Christopher Wallace. Last week Sullivan claimed that the LAPD labored intensely to shield black officers from charges of corruption. After Rodney King’s beating and the trial of O.J. Simpson, Sullivan argues the department was sensitive to charges of “crooked cops” and hyper-protective of black officers accused of criminal activity. He continues implicating Suge Knight and Death Row Records in a variety of killings – including Shakur and Wallace’s murders, by relying on the rumors of informants and caged convicts. David Kenner’s criminal connections are not explored, even though Sullivan describes him as “the brains of the company.” In fact, for the second time in the book, it’s written that some feared Shakur would be killed after he fired Kenner as his attorney in 1996.