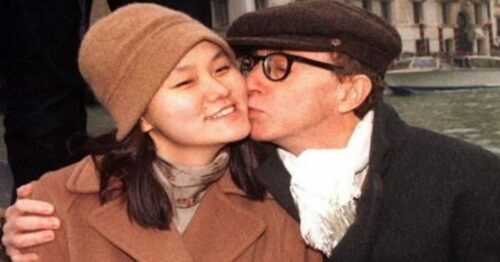 The Context of White Supremacy hosts the second study session on Woody Allen’s Apropos of Nothing. One of the most critically acclaimed directors of all time, Woody Allen is a New York City and entertainment icon. In addition to his flicks, he’s written books, Apropos of Nothing being his most recent. Published in 2020, the text examines his life and “romance” with Soon-Yi Previn. In addition to being non-white and decades younger than Allen, Previn was Allen’s stepchild. Despite a damning Child Protective Services investigation and years of allegations of child rape and sexual abuse of children, Allen remains beloved my hoards of Whites. We examine this work for what it reveals about White culture. Last week’s opening session saw Allen recount his youth as a competent baseball player and his love of girls at school. Allen describes his “thug life” parents in great deal. He says his father’s dishonesty was a part of his DNA. Apparently, Allen’s dad never saw a gun he didn’t like, trafficked in stolen goods, and consorted with all manner of White hoodlums.