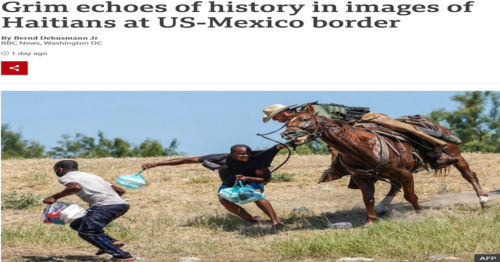 Many around the world were stunned by images of Haitian immigrants being whipped by a White border patrol agent riding horseback. The macabre picture hearkened back to formal plantation days, when White slavers hogtied and lassoed recalcitrant black people at will. While black refugees were corralled, U.S. sympathy was trained on missing young White Woman. The “missing White woman” syndrome received substantial criticism, as scores of black males and females go missing with little to no alarm. Noted filmmaker and Victim of White Supremacy, Melvin Van Peebles died this week at the age of 89. His films directly addressed the System of White Supremacy, and his son Mario continued the tradition.