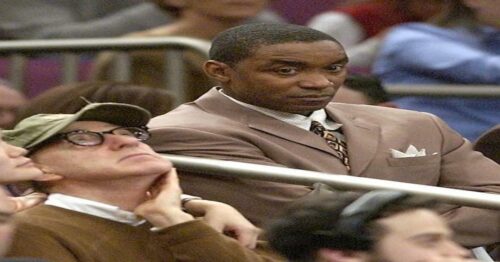 The Context of White Supremacy hosts the 9th and final study session on Woody Allen’s Apropos of Nothing. One of the most critically revered movie-makers of all time, Woody Allen is a New York City and entertainment icon. In addition to his flicks, he’s an acclaimed comedian, a concert-playing musician, and bestselling author – Apropos of Nothing being his most recent text. Published in 2020, the autobiography recounts his life, entertainment career, and “romance” with Soon-Yi Previn. In addition to being non-white, adopted/abducted from Korea, Previn is thirty-five years younger than Allen. Despite a damning Child Protective Services investigation and years of allegations of child rape and sexual abuse of children, Allen remains beloved my hoards of Whites. We’ll examine this work for what it reveals about White culture. During our last reading, Allen details how he and Soon-Yi sneaked out of the country to be “secretly” married. He ladles contempt on White “liberals,” like Gloria Steinem and Murray Kempton who covered the court proceedings in the 1990’s. Allen declares they “had it in for him,” and wouldn’t even consider that he was the victim of a “possible miscarriage of justice.” In spite of this, Allen acknowledges officers accorded him substantially more courtesy than the typical treatment of black male criminal suspects. Allen’s narcissism and egoism drip from each sentence. He describes weeping fathers who’re struggling with divorce and limited visitation with their children. They seek out Allen for sympathy or perhaps a teaspoon of Hollywood privilege to help their case. Allen sees no commonality around fatherhood with these New York dads. It’s back to his flicks and hot White girls, like Maureen O’Sullivan – who starred in Tarzan.

#ChildRape
INVEST in The COWS – paypal.me/TheCOWS
Invest in The C.O.W.S. – Cash App: http://Cash.App/$TheCOWS
The C.O.W.S. Radio Program is specifically engineered for black & non-white listeners – Victims of White Supremacy. The purpose of this program is to provide Victims of White Supremacy with constructive information and suggestions on how to counter Racist Woman & Racist Man.
TUNE IN!
Phone: 1-720-716-7300 – Access Code 564943# Hit star *6 & 1 to enter caller cue
Share This!
Comment Here