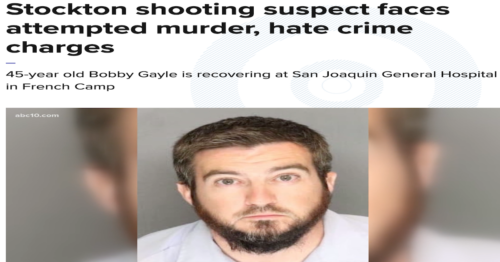 In Ohio, an unarmed paraplegic black male, Clifford Owensby, was dragged from his vehicle by White enforcement officials. Owensby said the officers treated him like a dog – canines are generally treated substantially better by White people. Across the continent, a black construction worker, Bobby Gayle, was shot repeatedly by a 31-year-old White man who was speeding through the neighborhood. When Gayle asked the White motorist, 31-year-old Michael Hayes, to slow down, he called him a nigger and began firing. In Michigan, Jon Vaughn and others continue protests over the the University of Michigan’s aiding and abetting of accused sexual terrorist Dr. Robert E. Anderson, a White Man. He’s suspected of molesting approximately 1,000 victims [many of them males] during his tenure at U of M. This week’s final heap of black male privilege featured entertainer, Dave Chappelle he was heavily criticized for alleged “transphobic” responses. His forthcoming Netflix special, prompted protests, walkouts and even workplace suspensions.