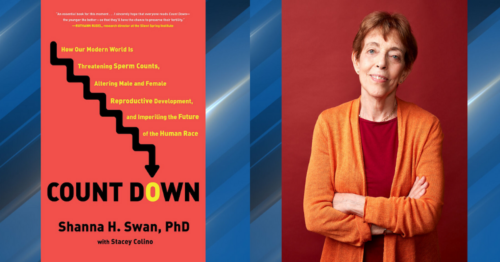 The Context of White Supremacy hosts the second study session on Shanna Swan’s (PhD) Count Down: How Our Modern World Is Threatening Sperm Counts, Altering Male and Female Reproductive Development, and Imperiling the Future of the Human Race. Students of Dr. Frances Cress Welsing and her theory of White Genetic Annihilation will recognize the significance of this text. The foundation of Dr. Welsing’s theory is that individuals classified as White represent less than 10% of the global population. Their minuscule numbers as compared to the non-white people of the planet motivate Whites to maintain and refine their System of White Supremacy. Swan’s book examines the dropping fertility rates in North America and Europe. Last week’s session detailed that the pollution of the planet and dropping fertility of rates among people coincides with numerous species developing “abnormal genitals” and irregular sexual activity. Swan referenced the the science-fiction film, Children of Men, to emphasize the dystopian outlook with reduced fertility. She also incorporated film genius (and accused child molester) Woody Allen. With so many White Women having reproductive challenges, fertility clinics and reproductive aids are booming enterprises.