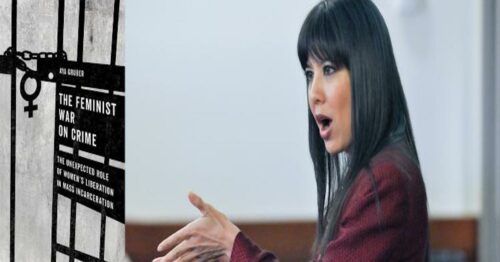 The Context of White Supremacy welcomes Professor Aya Gruber. We’ll discuss her 2020 publication, The Feminist War On Crime: The Unexpected Role Of Women’s Liberation In Mass Incarceration. A Professor of Law at the University of Colorado Law School, Gruber has one White parent and one non-white parent. Interestingly, Professor Gruber says that although she identifies as a “person of color” Whites sometimes view her as White or non-white depending on their Racist motivations at the moment. While reading Alice Sebold’s memoir Lucky, which details her alleged rape by Anthony Broadwater, a black male who was exonerated of this sex crime 40 years after being convicted and caged. “Z’s mom” many components of the text reminded her of Gruber’s 2020 publication, The Feminist War on Crime: The Unexpected Role of Women’s Liberation in Mass Incarceration. Gus raises a maximum objection to any notion of White Women – or White Men – being unaware or anything less than deliberately dedicated to the shackling of black males. Gruber’s text catalogs the different “waves” of feminism, and how the demonization of black males has remained a core component of White Feminists ideology. She also details how White Women’s push for exorbitant sentences for sex crimes contributed to the incarceration of large numbers of black males and black females – even when evidence suggests that prison is often not the best option for the abuser of the female victim of abuse.