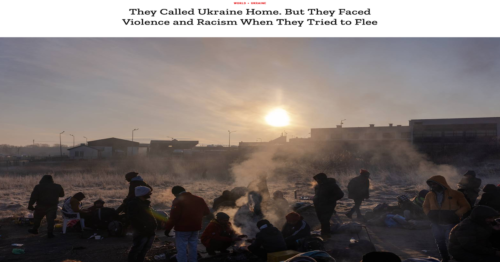 White dominated news outlets around the world are deluged with coverage of the Russian invasion of Ukraine. This appears to be another instance of Whites squabbling with each other. In fact, during a BBC interview one male stated how challenging it’s been to observe  “European (White) people being killed with blue eyes and blond hair.” Importantly, non-white people – with dark hair and eye color – report being subjected to White Supremacy as they seek safety. Back in the states, a new report suggests more black people have overtaken Whites in the numbers of deaths from drug overdoses. White Supremacy and the confusion and anxiety of the pandemic are alleged to be contributing factors. Gus continues to say: #SobrietyWouldBeBest
#SnuffyDoneGotTheRona