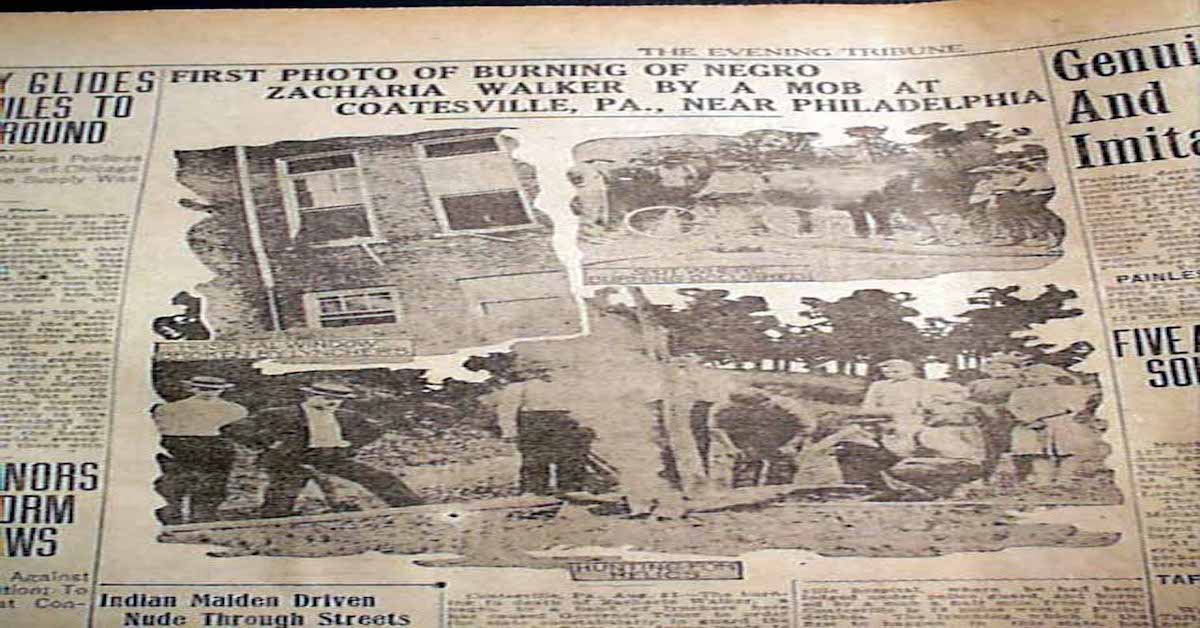 The Context of White Supremacy (C.O.W.S.) Radio Program welcomes Dr. Dennis B. Downey. An emeritus professor of history at Millersville University in Pennsylvania, Dr. Downey’s been the Director of the University Honors College and has penned a number of books. He studies late 19th and early 20th century US history. We’ll discuss his 1991 publication, No Crooked Death: Coatesville, Pennsylvania and the Lynching of Zachariah Walker. Gus was ignorant about this Racist murder until we read Essie Mae Washington-Williams’ memoir. She begins her narrative with Walker’s lynching and makes it plain that even though his death was more than a decade before she was born, it had a profound impact on her existence. We’ll discuss the details of Walker’s death and the months of trials that resulted in not one person being convicted. We’ll also ask about Dr. Downey’s work with Essie Mae’s family to publish more material on their experience as J. Strom Thurmond’s hidden relatives as well as his research on White Supremacy and disability – which we’ve discussed previously with Dr. Tommy J. Curry. Importantly, Dr. Downey flagrantly lied about the content of his book. Gus questioned him about his failure to include that black residents of Coatesville took up arms to halt the lynching of a black male in 1938. Essie Mae Washington-Williams details this event in her memoir, and her step-father John Henry Washington was one of the black males who was willing to resort to counter-violence. Dr. Downey does not include one sentence about this or any other black people’s counter-violence efforts. Dr. Downey also lied about his failure to cite references when discussing a suspected black spy at the one year anniversary vigil of Walker’s lynching.