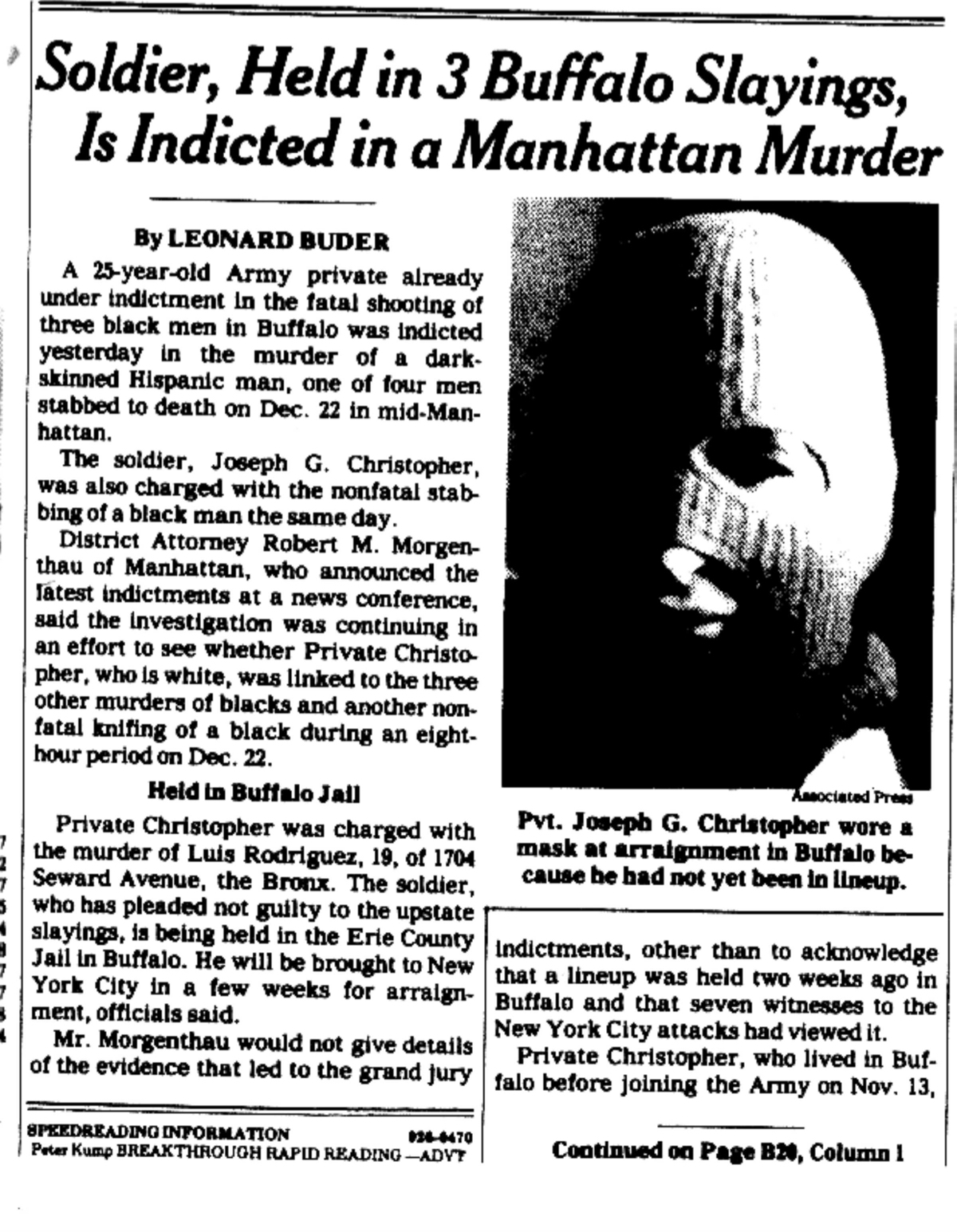 The Context of White Supremacy hosts the premier study session on Catherine Pelonero’s 2017 publication, Absolute Madness: A True Story of a Serial Killer, Race, and a City Divided. The country is focused on Payton S. Gendron White Terrorist attack in Buffalo, New York. Gendron allegedly planned to murder as many black people as possible before carrying out an antiblack slaughter with 13 people shot, and ten deaths. 11 of the 13 Victims were black. Many people are comparing this event to Dylann Storm Roof, the convicted White Supremacist killer who murdered 9 people at a black South Carolina church in 2015. However, Buffalo, New York has it’s own history of White Supremacist violence. Joseph G. Christopher, a White Man, was convicted of killing a number of black males – and evidence linked him to the murders of approximately a dozen murdered black males and boys. Pelonero’s work examines the serial killings and the impact on Buffalo and New York state at large. So far, Gus has not heard any media outlets compare Gendron’s Racist carnage to Christopher’s rampage from 40 years past. Amazingly, the first murder in the 1980 slayings took place outside an east Buffalo Tops supermarket. Although this store is no longer there, it’s approximately three miles from the site of Gendron’s weekend slaughter.