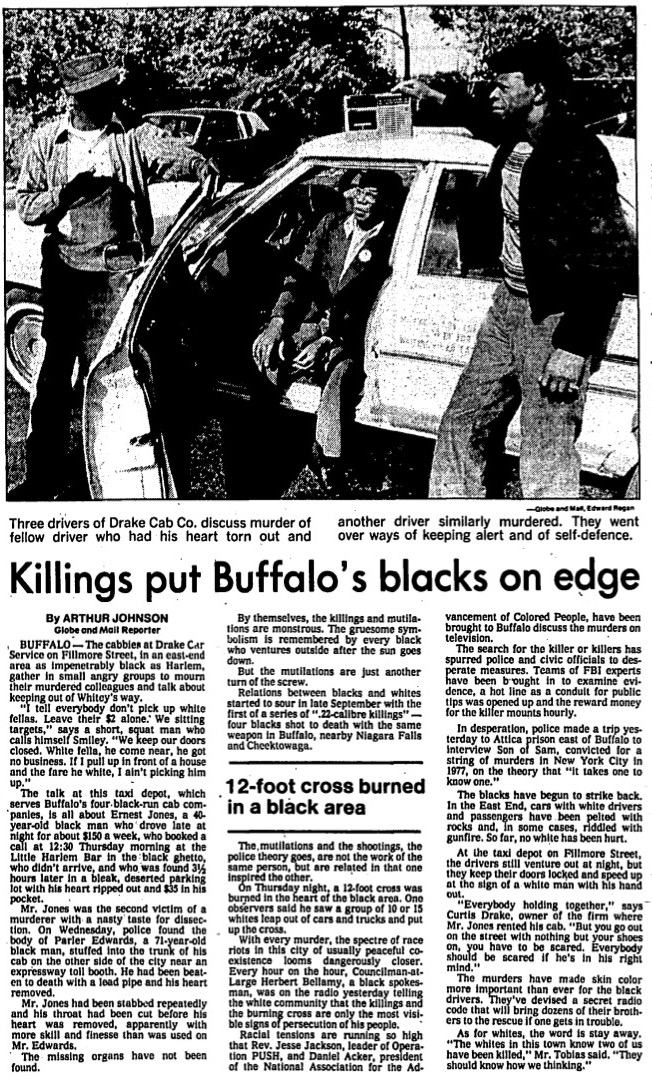 The Context of White Supremacy hosts the second study session on Catherine Pelonero’s 2017 publication, Absolute Madness: A True Story of a Serial Killer, Race, and a City Divided. With the massacre of nearly two dozen students and teachers in Texas this week, Payton Gendron Jr.’s White Terrorist attack in Buffalo, New York is old news. Although, Gendron allegedly planned to murder as many black people as possible before carrying out an antiblack slaughter with 13 people shot, and ten deaths, we quickly forget black Victims of Racism. Speaking of amnesia, It’s been nearly two weeks since the carnage, and Gus has yet to hear any major media outlet utter a syllable about Joseph G. Christopher and Buffalo’s history of White Supremacist and antiblack terrorism. During our debut reading of Pelonero’s work, Gus and listeners were stupefied to learn that Christopher began his antiblack killings at an east Buffalo Tops grocery store in September of 1980. 14-year-old Glenn Dunn was executed in the supermarket parking lot and left to die. The White Supremacist psychopath would kill two additional black males (Harold Green, Emmanuel Thomas) in the next 24 hours. Multiple witnesses failed to identify the White suspect to enforcement officers. Some of the officers believed this was willful omission to protect a White murder suspect. The Challenger Community New, located on Jefferson Street in Buffalo, the very street where Gendron launched his cowardly attack, contributed greatly to this episode.