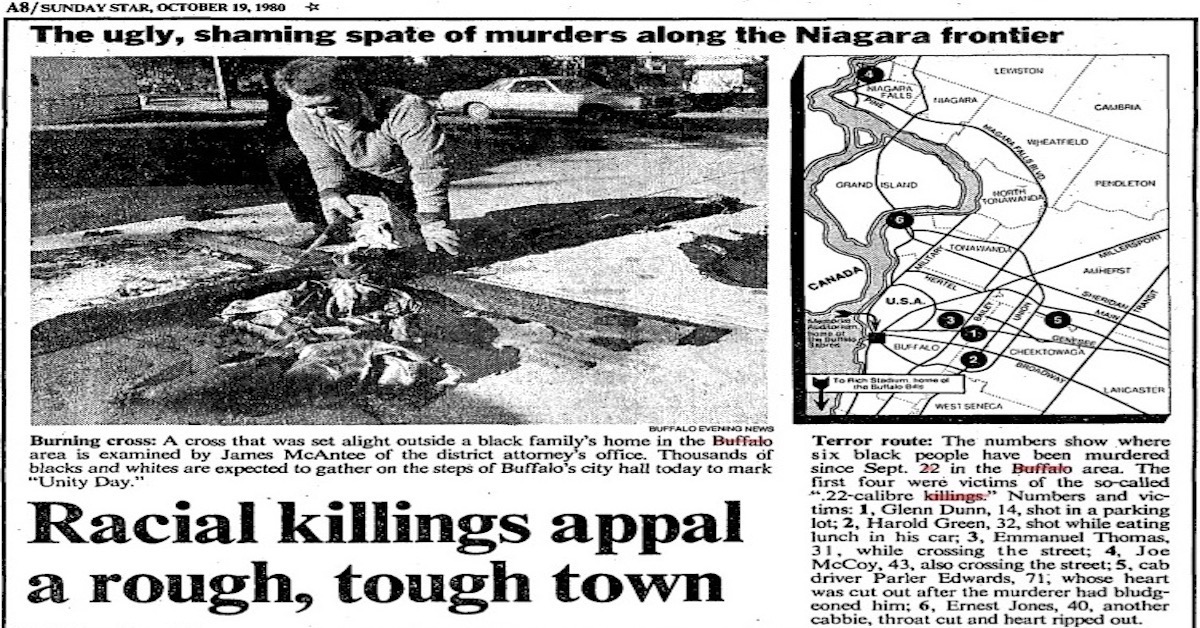 The Context of White Supremacy hosts the fifth study session on Catherine Pelonero’s 2017 publication, Absolute Madness: A True Story of a Serial Killer, Race, and a City Divided. Since we started this book, Buffalo’s most recent White Terrorist, Payton Gendron, was charged with 10 counts of first degree murder and one count of a Domestic Act of Terrorism Motivated by Hate in the First Degree. The latter charge is unprecedented in New York state history. Last week, we heard about a cross burning on the east side of Buffalo in 1980. Pelonero quotes enforcement officials who said they concluded black people ignited the fire to add to the conflict around the killings of black males. Many black people in the Buffalo area did not “turn the other cheek.” Pelonero describes how numerous black residents confronted unfamiliar White people, launched rocks at passing White motorists, and even killed a White Man, Terence Mills. Jesse Jackson Sr. visited west New York in October of 1980 to appeal for calm and encourage black people to vote. We also heard important details about the killing and mutilation of Ernest “Shorty” Jones. Witnesses said two White men voiced disgust with Jones having a White girlfriend. One White Man verbally confronted Jones hours before his murder and even admitted to a Witness that he was the “22 Caliber Killer.”