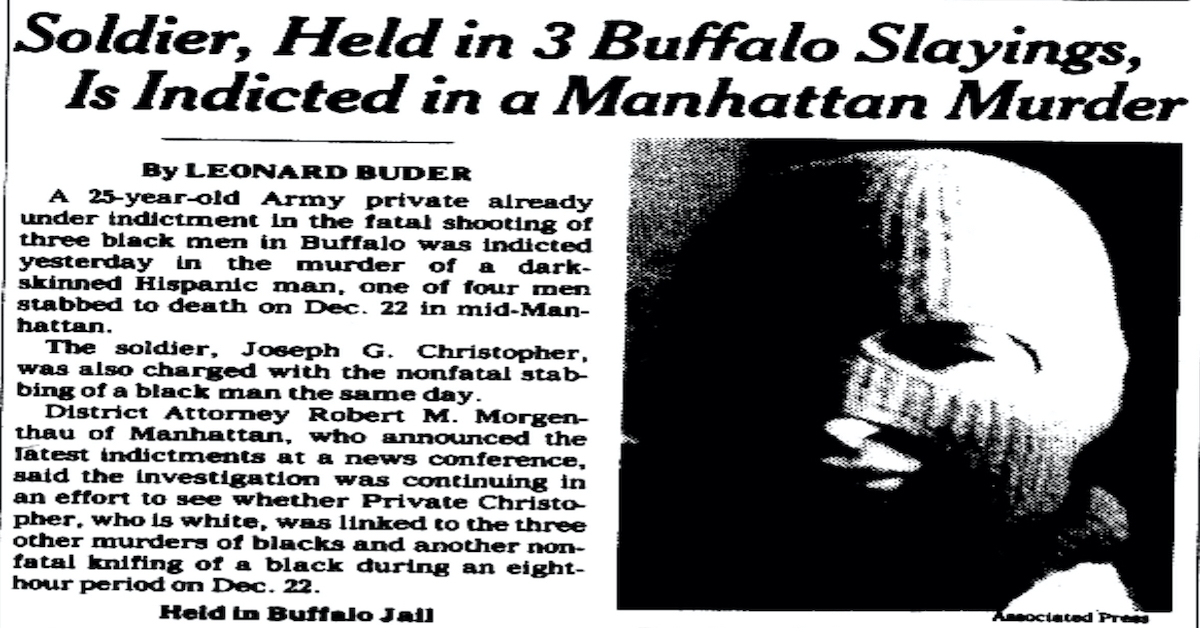 The Katherine Massey Book Club hosts the 7th study session on Catherine Pelonero’s 2017 publication, Absolute Madness: A True Story of a Serial Killer, Race, and a City Divided. We just recognized 7 years since the Charleston, South Carolina Terrorist attack on Mother Emanuel AME church, where nine black worshipers were killed. Gracyn Doctor, daughter of the Rev. DePayne Middleton-Doctor, one of the nine people murdered, recently said we seem to be forgetting the South Carolina and more recent May 2022 Buffalo shootings already. Seeing as practically no one remembers the black males butchered in 1980 Buffalo and New York state, Gracyn has reason for concern. Last week, Pelonero detailed the murder of Roger Adams and the near murder of Albert Menefee. Once again, a White witness describes feeling “safe” seeing the presence of a White stranger, who happened to be a racist serial killer. Adams’s child reportedly views his father’s corpse on television. Pelonero also details an attack on a White Woman, Kim Edmiston. This assault was not initially linked to the “22 Caliber Killings.” Pelonero emphasizes that a number of black residents set booby traps to catch the killer and claim the reward money. Nearly a half a year passed since the killings began, and the police made no arrests. In fact, the Klan orchestrated a rally on Dr. Martin Luther King’s’ birthday of 1981 in downtown Buffalo. The White girlfriend of one of the previous victims, Ernest Jones, claimed to feel guilt for making Jones surrender his hand gun in the days before he was butchered.