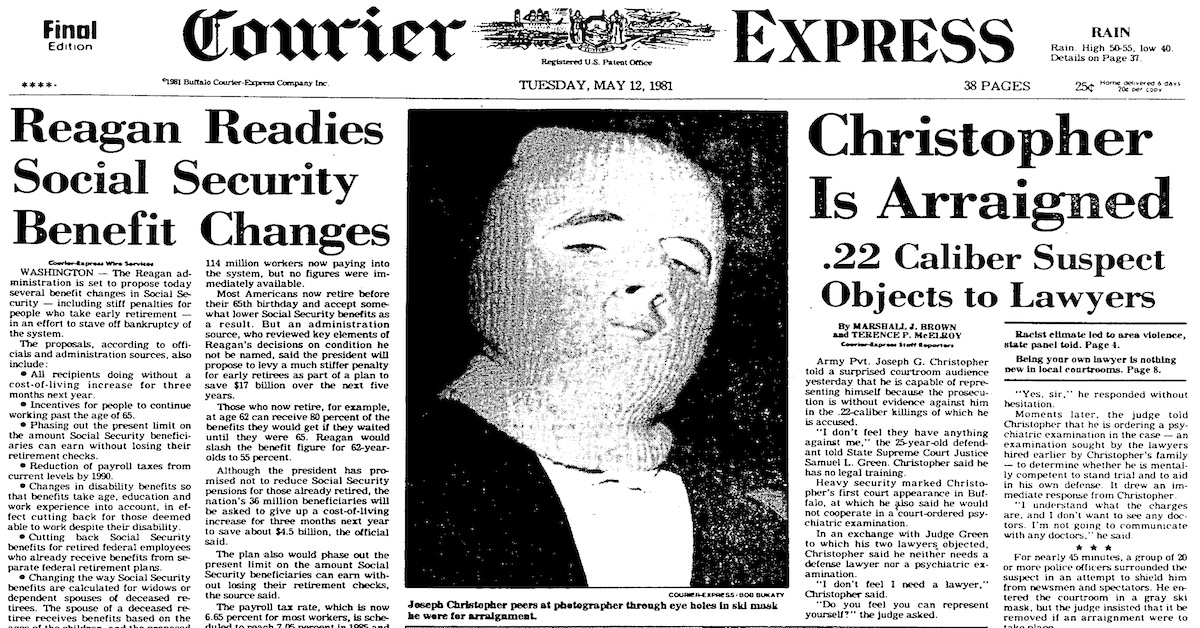 The Katherine Massey Book Club hosts the 9th study session on Catherine Pelonero’s 2017 publication, Absolute Madness: A True Story of a Serial Killer, Race, and a City Divided. White Men from Illinois to Virginia to Texas continue to plot out gun massacres in the U.S. There’s been so much carnage, many have totally forgotten that an 18-year-old White man killed almost a dozen black people on the East side of Buffalo, New York this spring. In the same vein, we’ve barely spoken to anyone (White or non-white) who knew any details about Joey Christopher’s terrorist assault on black citizens of New York. Last week, Pelonero stressed how everyone felt awful for Christopher’s White mother, Therese. Police executed a search warrant on her residence, but insisted they would complete their probe and exit the house expeditiously. White neighbors and even Joey’s former White girlfriend sympathized with the suspected killer. His former girlfriend allegedly felt bad about revealing so much information to officers. Officials in Ft. Benning, Georgia where Christopher was stationed, told investigators that Joey was an average soldier who physically attacked a number of non-white troops who called him names and mocked his masculinity. The army chaplain stated that Joey had problems with black people exclusively and that this conflict began with Joey being forced to attend school with mostly black children.