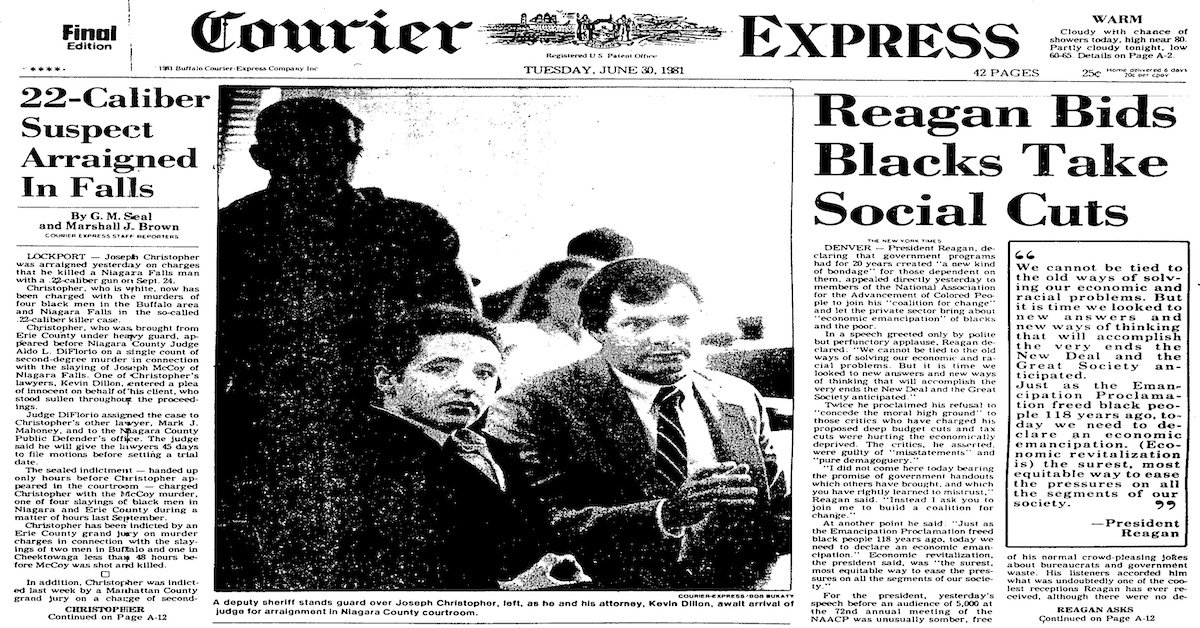 The Katherine Massey Book Club hosts the 10th study session on Catherine Pelonero’s 2017 publication, Absolute Madness: A True Story of a Serial Killer, Race, and a City Divided. In the days since our last reading, the east side Tops grocery store where Massey and 9 other black people were slaughtered has re-opened. Many black residents wanted the building destroyed. The Race Soldier, Payton Gendron, was federally charged with 27 counts of hate crime and weapons violations. He could face the death penalty if convicted. Last week, Pelonero detailed the indicted and extradition procedure against “Joey.” She suggested that the media spun a narrative of Christopher bragging and boasting about killing black people so that the public has an uncomplicated story about a lone, Racist killer. Pelonero continues to insist that this White man is “crazy,” a pitiful dingbat. Ernie Smith, a black male and former co-worker of Christopher, was interviewed for the investigation. He said that he and “Joey” used to wrestle and “fool around” after work. In the proceeding paragraph, Smith says that sometimes he and Joey would “fool around” with “street girls” (sex workers), although Christopher would not have intercourse with the female workers. The homoeroticism of the text is boundless. Gus suspects “Joey” was sexually attracted to and perhaps involved with black males like Ernie Smith and maybe even Collin Cole, a transvestite who worked the streets as a prostitute named “Wilma.” Cole was strangled (he survived) while on a hospital floor where he was the only black patient.