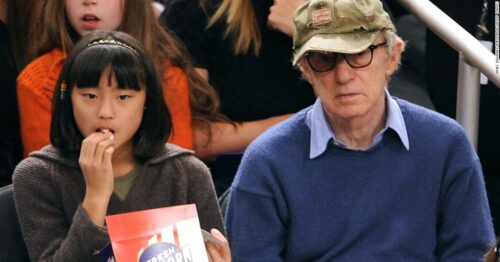 The Context of White Supremacy hosts the 5th study session on Woody Allen’s Apropos of Nothing. One of the most critically acclaimed movie-makers of all time, Woody Allen is a New York City and entertainment icon. In addition to his flicks, he’s performed comedy, played packed concert halls, and written books – Apropos of Nothing being his most recent. Published in 2020, the text recounts his life, celebrated career, and “romance” with Soon-Yi Previn. In addition to being non-white, adopted/abducted from Korea, and decades younger than Allen, Previn was Allen’s stepchild. Despite a damning Child Protective Services investigation and years of allegations of child rape and sexual abuse of children, Allen remains beloved my hoards of Whites. We’ll examine this work for what it reveals about White culture. During our last reading, Allen details his burgeoning entertainment career, which afforded him the access to even more powerful Whites. He visits the president for a 2nd time, and brags about kicking it at the Playboy mansion. Although he shamelessly concedes his fondness of sexual activity with females, he claims he remained “G-rated” while visiting Hugh Hefner. Allen also spills the beans on his supersonically promiscuous wife, Louise. He claims she began experimenting with a variety of narcotics and was even more sexually adventurous when under the influence.

#ChildRape
INVEST in The COWS – paypal.me/TheCOWS
The C.O.W.S. Cash App: http://Cash.App/$TheCOWS
The C.O.W.S. Radio Program is specifically engineered for black & non-white listeners – Victims of White Supremacy. The purpose of this program is to provide Victims of White Supremacy with constructive information and suggestions on how to counter Racist Woman & Racist Man.
TUNE IN!
Phone: 1-720-716-7300 – Access Code 564943# Hit star *6 & 1 to enter caller cue
Share This!
Comment Here