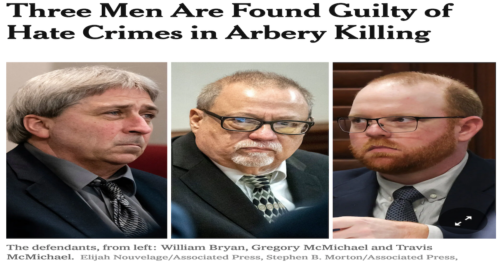 Whites are getting a full month’s worth of antics out of this Black History Month. In South Carolina, Whites recognized so called school integration – allowing black children to attend the same educational facilities as White children. To recognize this brutal period of Racial Terrorism, White South Carolinians posted content of a White man lamenting that his White homies were shipped off to the other schools to make room for coloreds. Whites acknowledged the post was in poor taste. Next door in Georgia, the three White Terrorists convicted of murdering Ahmaud Arbery were convicted of a Hate Crime this week in federal court. A tad further south, Florida residents recognize what’s transpired in the decade since Trayvon Martin’s murder. The controversial “Stand Your Ground” Law, which generally allows White residents and sometimes everyone else the option to use lethal force when faced with potential conflict, remains untouched from the time Martin was killed.
#BlackHistoryMonth