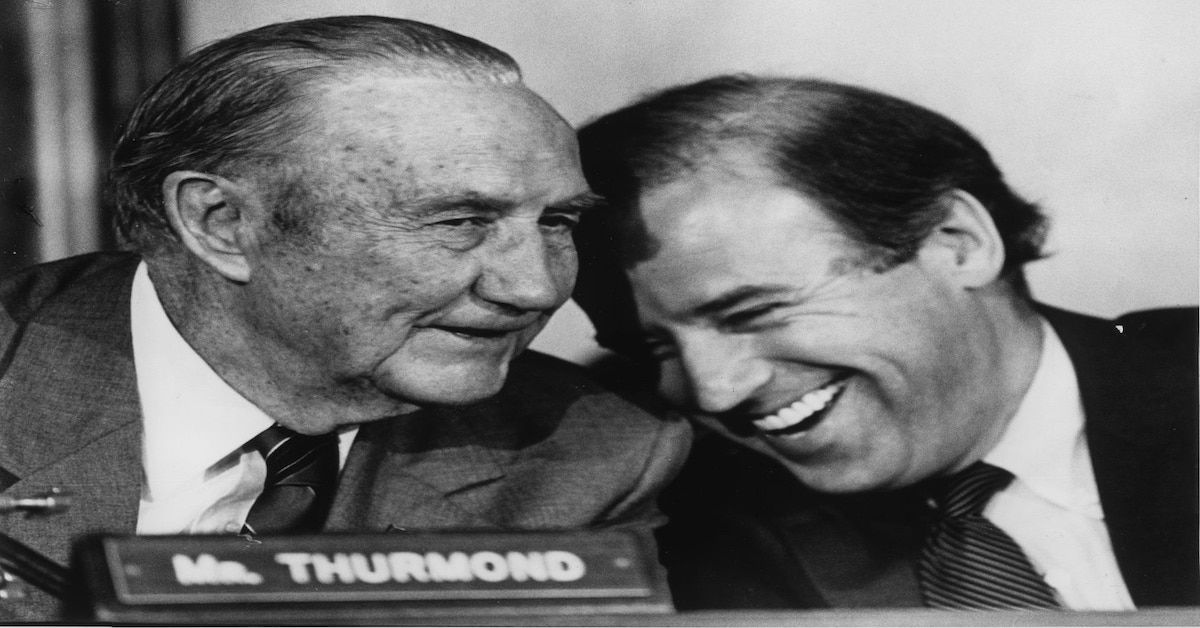 The Context of White Supremacy hosts the 9th study session on Essie Mae Washington-Williams’ Dear Senator: A Memoir by the Daughter of J. Strom Thurmond. This is our concluding session on this book, and it absolutely qualifies as the saddest book Gus has read. Essie Mae’s confusion and father hunger for a child raping White Supremacist is… a sorrow-filled existence. Additionally, the lynchings and gender-specific targeting of black males are such traumatic, constant events in Essie Mae’s life, readers can mark time by tracking black male corpses. Last week, Essie Mae described moving out to the “racial paradise” of California. By the time she arrives west, her husband Julius is dead at at the age of 46. He had asthma and self-medicated with alcohol to compensate for the constant White Terrorism he experienced – including being bludgeoned by enforcement officers. Essie Mae returned to southern California a widow and settled in View Park, known as the “black Beverly Hills.” Ms. Essie Mae neglected to inform readers that View Park began as a subdivision that excluded anyone not White. A small number of dark people were allowed to purchase housing in the area in the 1960’s. Whites quickly exited. By the early 20th century, Whites began returning to “gentrify” the “black Beverly Hills.” After Julius’s death, Essie Mae decides to tell her children about their real grandpa. They alternate between being bored about their White ancestry and logically describing him as a raping White Supremacist who terrorized their grandmother, Carrie Butler. They got meet him in person, and conclude that he’s “not too bad.” Julius was denied the chance to share his view of Strom Thurmond with his own children. Many listens and our narrator have remarked about Essie Mae “delusional” talking points on her father and Racism in general. Having a deadbeat Racist dad is enough to make anyone “delusional.”