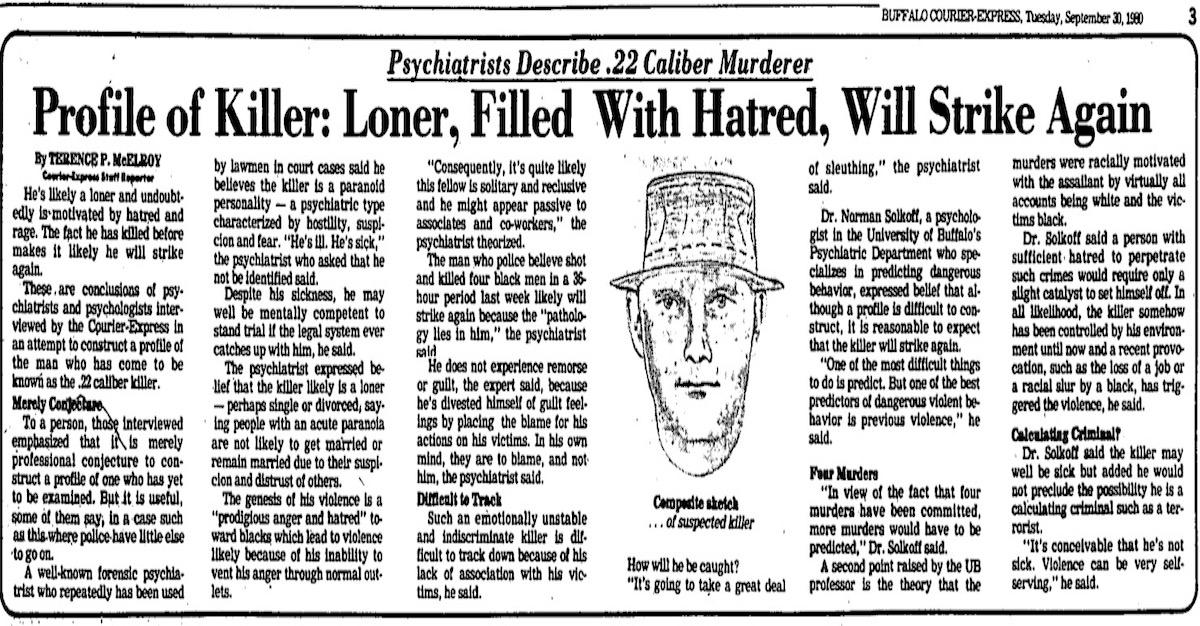 The Context of White Supremacy hosts the third study session on Catherine Pelonero’s 2017 publication, Absolute Madness: A True Story of a Serial Killer, Race, and a City Divided. It took more than two weeks, but Gus finally saw a White-dominated media outlet mention Joseph G. Christopher in connection to Payton Gendron’s most recent Terrorist ambush. The Buffalo News published a “memorial day” report titled: ‘A racist gunman came for Buffalo, but ‘racism is not new here.” Christopher gets exactly one paragraph. During last week’s reading of Pelonero’s work, Gus and listeners recognized we were ignorant about other White Race Soldiers like Joseph Paul Franklin. Executed in , Franklin murdered and shot numerous black males throughout the 80’s. For a time he was a suspect in the Buffalo murders. And speaking of the White Supremacy that has long been practiced in Buffalo, mourners gathered to bury 14-year-old Glenn Dunn in late September of 1980, only to be Terrorized by car loads of White Race Soldiers. No one was arrested.