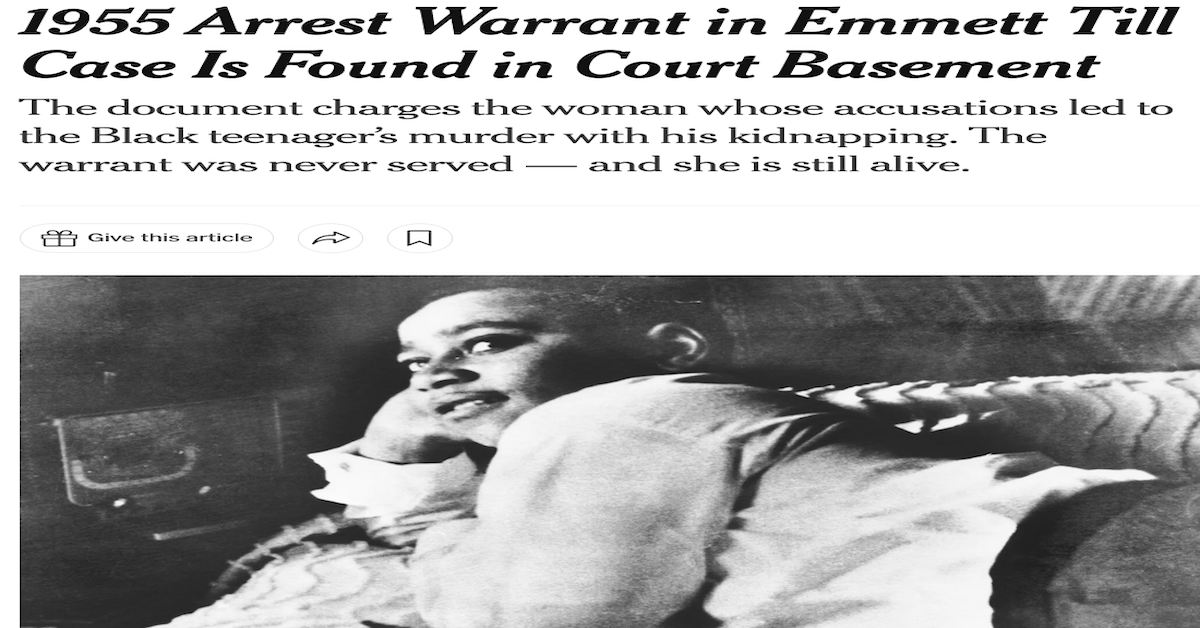 Fresh off the Juneteenth antics, Whites supplied us with a fresh dollop of Racial Showcasing as Ketanji Brown Jackson was officially sworn in as a Supreme Court Justice. Speaking of empty symbols, Whites made a big to do of the Emmett Till anti lynching bill at the beginning of the year. A decades old arrest warrant for Carolyn Bryant Donham, the White Woman who falsely accused Till of violating her, was discovered in Mississippi. If any one should be charged using the shiny, new statue, it should be this Race Soldier. We’ll hear about the Supreme Court decision to overturn New York state’s ban on concealed carry firearms. Governor Kathy Hochul anticipates this change will result in more firearm deaths in the “empire state.”
#DomesticWhiteTerrorism