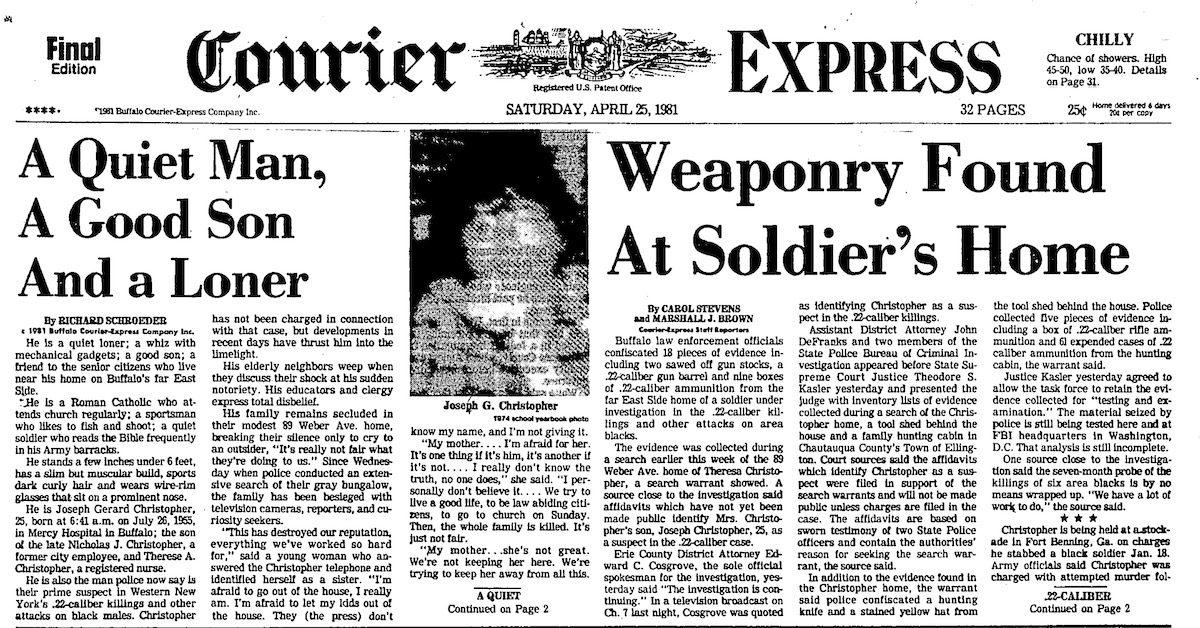 The Katherine Massey Book Club hosts the 8th study session on Catherine Pelonero’s 2017 publication, Absolute Madness: A True Story of a Serial Killer, Race, and a City Divided. It’s been over a month since the May White Terrorist attack that left 10 black people dead in east Buffalo. The C.O.W.S. has spoken with numerous Whites who were born in Buffalo, taught classes at the University of Buffalo, and/or wrote books and reports on the history of Racism in Buffalo. They’ve all been poorly informed about convicted White killer Joseph G. Christopher, and none of these White scholars mentioned the murders in their work. This omission is either willful White Supremacy or lazy, slapdash research. Last week, Pelonero began exploring the family life and background of “Joey.” His White father was verbally abusive – and some readers wondered if he was physically violent. White Father and son bonded around their love of firearms. Pelonero details how Christopher made no friends when he enlisted at Ft. Benning in Georgia. He wrote semi-literate letters to his mother back in Buffalo about how the other soldiers mocked him, called him a “fa@@*$,” and teased him about wetting the bed. “Joey” reportedly stabbed a black male in retaliation for the verbal insults. In fact, he physically assaulted a number of soldiers at Ft. Benning. They were all non-white.