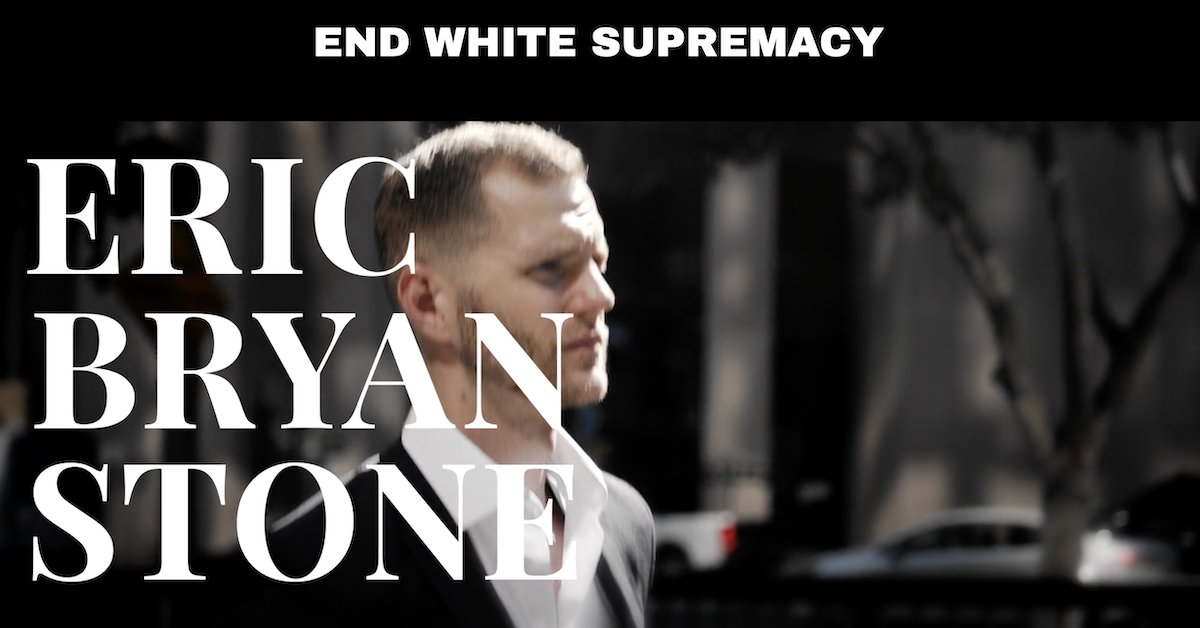 The Context of White Supremacy welcomes Eric Bryan Stone. His website says he “was raised in the epitome of ‘White America,'” Neely Fuller Jr.’s Oklahoma. Stone said he ditched the rural highlands to trot the globe with his pops. Now, Stone has amassed a sizeable “online” following for his “condemnation of racism and the ‘white narrative.’ We’ll ask what Mr. Stone does to solve The Problem and how he helps non-white people get a better understanding of White Supremacy/Racism. Mr. Stone departed abruptly after sixty minutes and buckets and buckets and buckets of metaphors. He refused to directly answer many of Gus’s questions and presented a plethora of logical fallacies – much of it centering around Whites being ignorant about Racism. It seems Mr. Stone may have bamboozled many non-white people into thinking he’s a kindly White man.