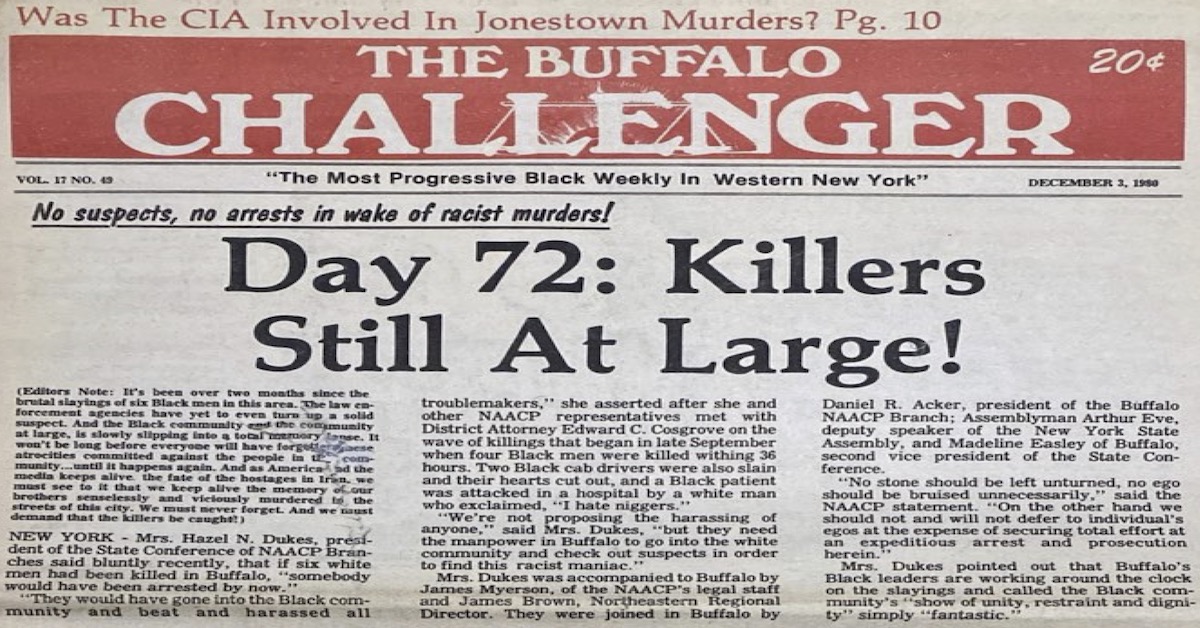 The Context of White Supremacy hosts the 6th study session on Catherine Pelonero’s 2017 publication, Absolute Madness: A True Story of a Serial Killer, Race, and a City Divided. We just recognized 7 years since the Charleston, South Carolina Terrorist attack on Mother Emanuel AME church, where nine black worshipers were killed. Gracyn Doctor, daughter of the Rev. DePayne Middleton-Doctor, one of the nine people murdered, recently said we seem to be forgetting the South Carolina and more recent May 2022 Buffalo shootings already. Seeing as practically no one remembers the black males butchered in 1980 Buffalo and New York state, Gracyn has reason for concern. Last week, Pelonero detailed the black frustration and anger with no arrests made after the savage killings of 6 black males. The White author included notes penned by a Race Soldiers who cheered on the murders and hoped more blacks would be killed. In December of 1980, the “Midtown Slasher” stabbed six dark skin males (mostly black), killing four of them. White enforcement officials in Manhattan and Buffalo pondered if the same White Man was responsible for all of these killings/attacks. Near the end of the 1980 calendar year, a black person told a Newsweek reporter: “When you pick up the newspaper and read about this black being killed here and another black being killed there, it does something to your psyche, something bad. It leads to the perception that it’s suddenly hunting season on blacks again.”