Reuters is reporting that seven people have been shot participating in standoffs with Louisville police that occurred the night of a protest demanding justice for Breonna Taylor who was killed in her home after detectives executed a questionable no-knock drug warrant late at night.

No knock warrants are when law enforcement breaks into a home without knocking and these interactions can and do lead to killings that might otherwise be avoided. Taylor and her boyfriend Kenneth Walker who were both in bed when awakened by the intruders were not targets of the warrant and the main suspect was apprehended prior to the officers going to Taylor’s home. 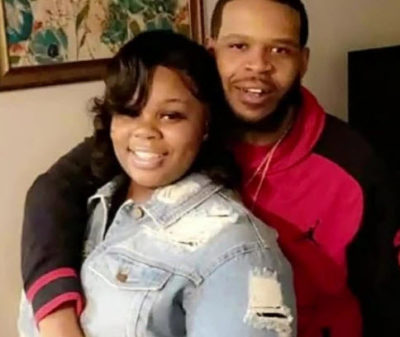 According to experts and jurors in other cases, Walker was within his rights under Kentucky’s Stand Your Ground Laws to use deadly force against non-uniformed cops he took for criminal home invaders, non-uniformed cops who according to several witnesses did not announce themselves, which is standard procedure in executing a no-knock warrant. Walker has been freed from jail but is still being charged with attempted murder.

It also appears the cops lied to obtain the no-knock warrant according to reports.

Louisville cops claim the USPS told them drug packages were being shipped to a home they raided but the USPS denies it. – Carlos Miller

In a video published by Reuters, during the standoff, outraged protesters can be heard chanting “Whose Streets? Our Streets”. One of the seven reportedly shot is in critical condition. It is assumed that police fired the shots that struck the protestors but it can not be confirmed at this moment although it is likely.