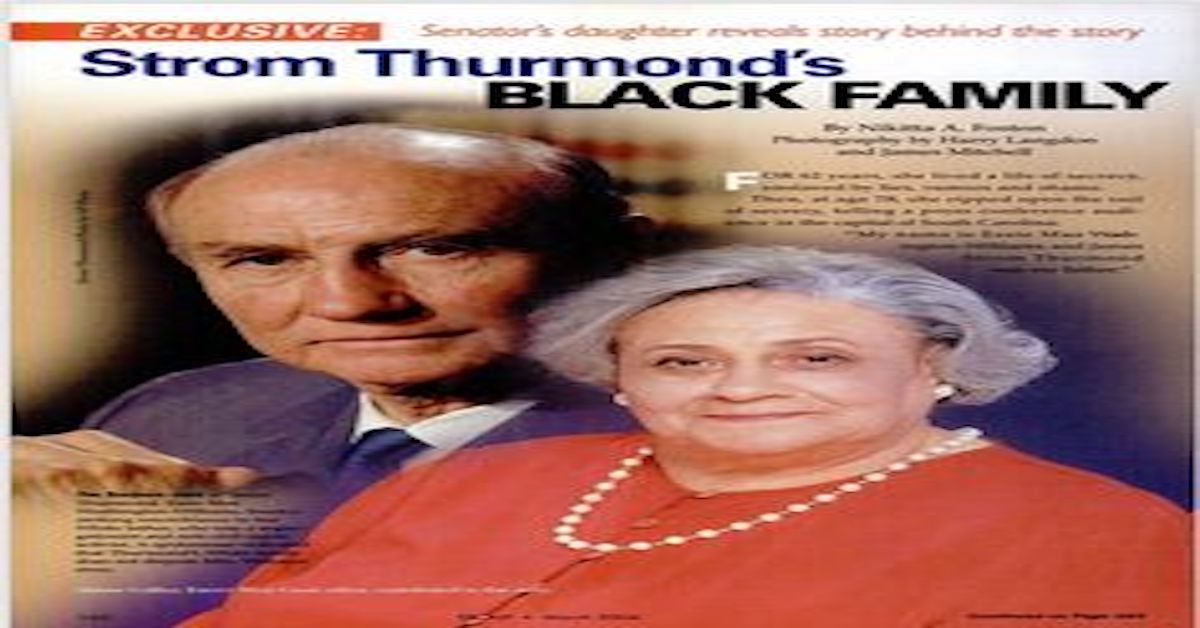 The Context of White Supremacy hosts the third study session on Essie Mae Washington-Williams’ Dear Senator: A Memoir by the Daughter of Strom Thurmond. Having read three chapters of the book and conducted a smidgen of research, it seems equally incredible or embarrassing for a White college professor like J. Russell Hawkins to be ignorant about Strom Thurmond raping and impregnating a teenage black female. #WhitePeopleLieALot From the time Thurmond died in 2003, countless news reports acknowledged that Carrie Butler was a child at the time Thurmond raped her. Last week, Ms. Essie Mae describes returning to South Carolina for the first time since her birth. Stunningly, the first part of her trip is branded by repeated sightings of clusters of lame, impotent, out of work, unsheltered black males. This omnipresent band of brothers only found purpose when employed to clean and groom White property. Once in the Palmetto state, Carrie Butler took 16-year-old Essie Mae to meet her father, Strom Thurmond. The White man didn’t acknowledge her as his daughter. The astronomical confusion produced from all of this cannot be overstated. Carrie Butler and her sister Mary describe the “tragic arrangement” with Thurmond as “falling love.” The siblings conclude that Thurmond’s rantings are just “politics.” They detail the South Carolina tradition of White men proudly raping teenage black girls (and boys) at will. This in a state where more than 150 years of White men have griped about no count raping black males.