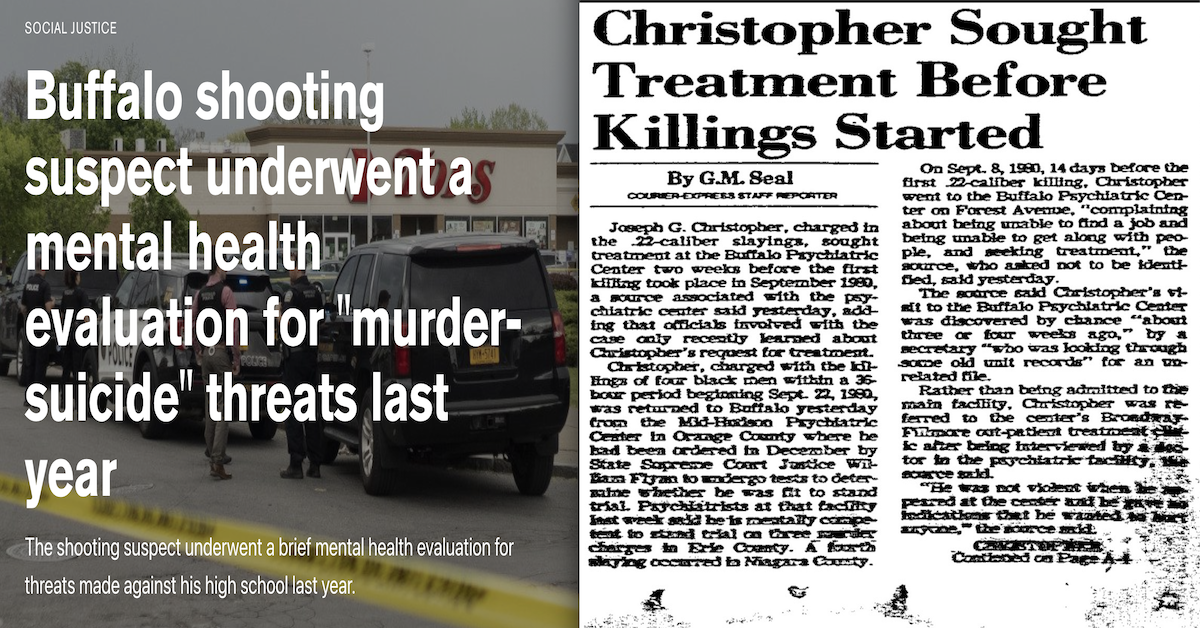 The Katherine Massey Book Club hosts the 14th and final study session on Catherine Pelonero’s 2017 publication, Absolute Madness: A True Story of a Serial Killer, Race, and a City Divided. We’ll make our final assessment of Joey’s reign of terror and ponder why Pelonero included so much detail about the White Supremacist components of this case since her agenda is to transmogrify a White Supremacist serial killer into a victim of mental illness. We’ll re-state the significance of Pelonero’s deliberate exclusion of the local black press – The Buffalo Challenger & The Buffalo Criterion. In fact, Pelonero may have completely excluded all of the black journalists, like the late Chet Fuller, who did exemplary work reporting on these murders of black males. Alongside the erasure of the black press, Pelonero says nothing about accused child rapist Father Michael Freeman, who is a major figure in this case. Allegations against him were published one year after the release of this book. However, the enormity of the child rape system within the Catholic church was well established by 2017. Buffalo is Pelonero’s hometown, her father was a police officer here, and as an allegedly good-lookin’ White Woman, she has access to all kinds of information and people on the Buffalo scuttlebutt. Last week, Pelonero invested lots of time impugning the credentials of the Erie county prosecution’s British psychiatrist Russell Barton. Readers are told this guy is a no count Nazi-sympathizing, holocaust denier who also insists good ol’ Joey is sane. Once again, all kinds of Whites think Joey is a swell dude who deserves heaps of our sympathy – along with his White mother, Therese. Joey apparently feels awful about people assuming he’s Racist and hates black guys. Pelonero also invests lots of energy persuading readers that Joey didn’t kill and mutilate two black cab drivers. She retreats to the same lame theory from forty years ago – that Parler Edwards and Ernest Jones were victims of the numbers racket. Thank goodness Minister Malcolm X retired from running numbers in Harlem before West Indian Archie carved open Detroit Red’s chest.